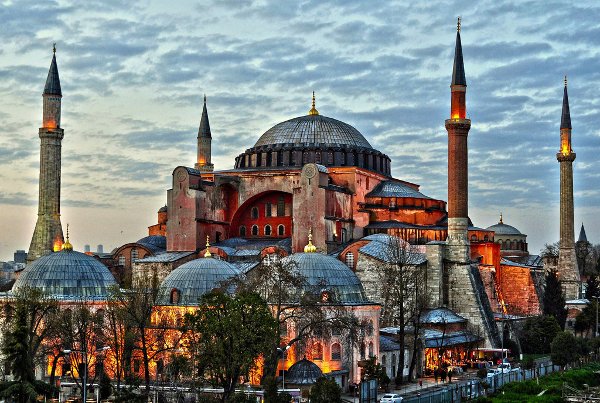 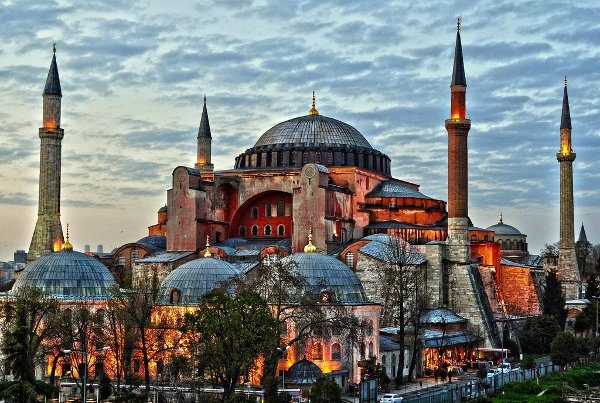 Constantinople, or Istanbul as it is known today, is a unique city as far as history and location is concerned. Historically, it was the capital of the Roman Empire for eleven centuries and its culture dominated the whole world. The principle church of Eastern Christianity was situated here. Its pivotal political and religious position caused the entire Christian World to rally to its defense at times of conflict. Geographically, it has a natural harbour bordered by the ocean on three sides and it is the only city in the world which is considered to be both in Europe and Asia. The straits of Bosphorus divide the city into two, with one end merging into the black sea, and the other into the Sea of Marmara. A tiny branch of the Bosphorus to the west forms the ‘Golden Horn’, which is the only entry into the city.

The Prophet (Allah’s peace be upon him) had prophesized the downfall of Istanbul at the hands of the Muslims when he said: “You will certainly conquer Constantinople. Fortunate will be the leader and fortunate will be the army that accomplishes this.”

For eight centuries, the conquest of Constantinople remained a dream for the Muslims. Many attempts were made to conquer it, the first by Muawwiyah ibn Abu Sufyan (Allah be pleased with him), during the Khilāfah of Ali (Allah be pleased with him), but none was successful. The strategic strength of its location and its mountainous terrain made it virtually impenetrable.

The honour and glad tidings mentioned by The Prophet (Allah’s peace be upon him) fell onto a young Muslim commander by the name of Sultān Muhammad Al-Fatih (Allah grant him mercy), the seventh ruler of the Ottoman Empire. At the age of twenty two he assumed the position of leadership.

When the day arrived, there was no sign of victory, the minister began to doubt. He decided to visit the Sheikh’s tent; he was refused entry according to the Sheikh’s instructions. The minister lifted a portion of the tent and found the Sheikh with his forehead on the ground, humbly crying and beseeching Allah Most High. After a few moments he raised his head and stood up saying, “All praises to Allah Most High, who granted us the ability to conquer the city.”

The minister later explained, “At that precise moment, I noticed the Muslim entering the city.” By the blessing of this du’a the Muslims succeeded in the conquest, When the Sultān witnessed the fulfillment of the Sheikh’s prediction, he remarked, “I am more pleased with the presence of a man of this calibre amongst us, than with our conquest of Constantinople.”

Sultān Muhammad ibn Al-Fatih (Allah grant him mercy) led his army to face the Romans in April 1453. The Byzantine army had blocked the entry through the Golden Horn by using a massive iron chain. The Muslim navy was therefore confined to the Bosphorus and could not enter the city port. The only way they could overpower the army was by a land invasion, but this was a near impossible task. The only option left to him was a portion of his navy to attack from the port side of the city through the Golden Horn. But, this was a formidable task, as the chain at the mouth of the Golden Horn blocked the opening and the Byzantine ships were in position to repel any invasion.

After much thought, Sultān Muhammad (Allah grant him mercy) struck upon an ingenious plan. He decided that some of the ships should be moved over the land into the Golden Horn, and thereby by-pass the iron chain. But the route to the Golden Horn was through cumbersome mountainous terrain. The Muslim army laid the entire route with wooden planks, which had been lined with oil and fat to make them slippery. The sails of the ships were also opened to draw the assistance of the wind. Seventy ships were then transferred from the Bosphorus to the Golden horn. This daring feat, unique in the annals of history, was accomplished with perfection in a single night.

The Byzantine army was shocked at the sudden appearance of the Muslim ships before their eyes. The entrance of the Muslim navy into the Golden Horn now opened the siege to the city from all sides. The inhabitants were not prepared for combat from the sea entrance of the city, as they had concentrated most of their efforts at the remaining three fronts. After fierce fighting from both sides, the Muslim army entered the city triumphantly.

Even non-Muslim historians, like Edward Gibbon, expressed their amazement at this military strategy, calling it a “miracle”.