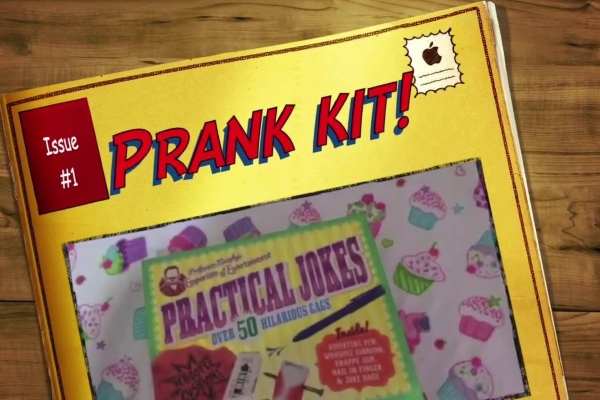 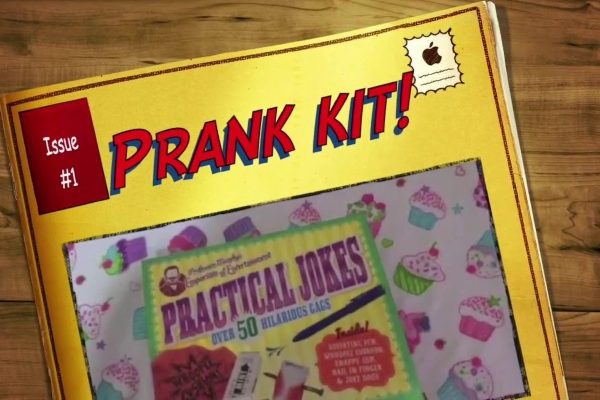 Allah, The Most Wise, says:

“Truly Allah guides not one who transgresses and lies.” (Qur’an-40:28)

There are differing opinions concerning how this day originated:

The first mention of April Fool in the English language was in a magazine known as Dreck Magazine. On the second day of April in 1698 CE, this magazine mentioned that a number of people were invited to come and watch the washing of black people in the Tower of London on the morning of the first day of April.

‘Asim ibn ‘Abd-Allah al-Qurawayti wrote that many of us celebrate what is known as April fool or, if it is translated literally, the “trick of April”. But how much do we know of the bitter secret behind this day?

According to his research Islam was flourishing in Spain and those seeking the downfall of Islam made a careful study and concluded that it was because of the taqwa (piety) of the Muslims that Islam was so successful. So, they introduced the younger Muslim generation to wine and other intoxicants and made such evils freely and cheaply available.

This tactic evil tactic produced results and the faith of the Muslims began to weaken, especially among the young generation in Spain. The result of that was that the enemies of Islam subdued the whole of Spain and put an end to the Muslim rule of that land which had lasted for more than eight hundred years. The last stronghold of the Muslims, in Grenada, fell on April 1st, hence they considered this to be the “trick of April.”

From that year until the present, they celebrate this day and consider the Muslims to be fools. They do not regard only the army at Granada to be fools who were easily deceived; rather they apply that to the entire Muslim Ummah. It is ignorant of us to join in these celebrations, and when we imitate them blindly in implementing this evil idea, this is a kind of blind imitation which confirms the foolishness of some of us in following them. Once we know the reason for this celebration, how can we celebrate our defeat?

Let us make a promise to ourselves never to celebrate this day. We have to learn from the Spanish experience and adhere to the reality of Islam and never allow our faith to be weakened again.

It does not matter what the origins of April fool are. What matters more is knowing the ruling on lying on this day, which custom we are sure did not exist during the first and best generations of Islam. It did not come from the Muslims, but rather from their enemies.
The evils perpetrated on April Fools’ Day are many. Some people have been told that their child or spouse or someone who is dear to them has died and unable to bear this shock, they have suffered great trauma. Some have been told that they are being laid off, or that there has been a fire or an accident in which their family has been killed, so they suffer paralysis or heart attacks, or similar diseases. There are the endless stories and incidents that we hear of, all of which are lies which are forbidden in Islam and unacceptable to common sense or honest chivalry.

Islam forbids lying even in jest and it forbids frightening a Muslim whether in seriousness or in jest, in words or in actions.
Abu Umamah Al-Bahili (May Allah be pleased with him) reported: Messenger of Allah (Allah’s peace be upon him) said, “I guarantee a home in the middle of Jannah for one who abandons lying even if it’s just for the sake of fun” (Hadith-Abu Dawud).

It was narrated from Abu Hurayrah (RA) that the Messenger of Allah (peace be upon) said: “The signs of the hypocrite are three: when he speaks, he lies; when he makes a promise, he breaks it; and when he is entrusted with something, he betrays that trust.” (Narrated by al-Bukhari, 33; Muslim, 59)

Hazrat Wasilah reported that the Messenger of Allah (peace be upon) said: “Do not display pleasure at your brothers misfortune. “ (Hadith-Tirmizi)

It was narrated that Abu Hurayrah (RA) said: “They said, ‘O Messenger of Allah, you joke with us.’ He said, ‘But I only speak the truth.” (Hadith narrated by al-Tirmidhi, 1990)

The Prophet (peace and blessings of Allah be upon him) said: “Whoever imitates a people is one of them.” (Hadith narrated by Ahmad)

It was narrated by Mu’awiyah ibn Haydah that he heard the Prophet (Allah’s peace be upon him) say: ‘Woe to the one who talks to make the people laugh and tells lies, woe to him, woe to him.” (narrated by al-Tirmidhi, 235. He said: this is a hasan (acceptable) hadeeth. Also, narrated by Abu Dawood, 4990).

It was narrated by Asma´ bint Yazeed that the Messenger of Allah (Allah’s peace be upon him) said: “It is not permissible to tell lies except in three (cases): when a man speaks to his wife in a way to please her; lying in war; and lying in order to reconcile between people.” (Narrated by al-Tirmidhi, 1939)

When our Muslim Ummah is being disgraced and humiliated by the Kuffar from East to West, how is it possible for a believer with even a minute degree of Iman (faith) to engage in this evil custom of April Fool’s Day!