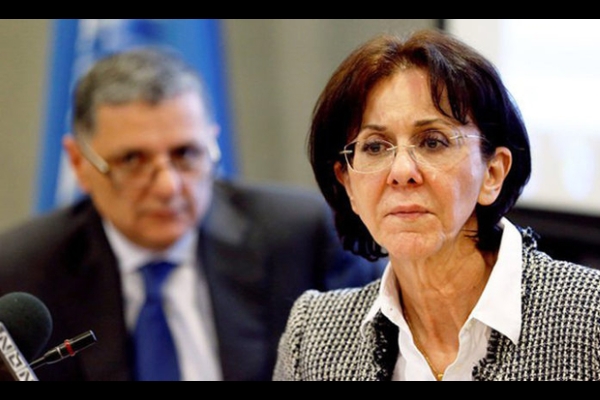 Senior UN official Rima Khalaf announced her resignation on Friday (17 March) amid pressure to withdraw a report that calls Israel an "apartheid state".

Senior UN official Rima Khalaf announced her resignation on Friday (17 March) amid pressure to withdraw a report that calls Israel an “apartheid state”. She accused the “powerful member states” of the UN of attacking “those who advocate the cause of their victims”.

Khalaf is the UN under-secretary general and head of the Lebanon-based Economic and Social Commission for Western Asia (ESCWA), which promotes cooperation between 18 Arab states. The commission published a report on Wednesday (15 March) branding Israel an “apartheid state” in what is the first time a UN body had levelled racism charges against the country.

The report drew criticism from the UN Secretary General Antonio Guterres, who urged Khalaf to remove the report from the commission’s website. The US, which is one of Israel’s key allies, also criticised the report.

Reading out her resignation letter at a press conference in Beirut, Khalaf said: “I do not find it surprising that such member states, who now have governments with little regard for international norms and values of human rights, will resort to intimidation when they find it hard to defend their unlawful policies and practices.”

“It is only normal for criminals to pressure and attack those who advocate the cause of their victims,” Reuters quoted her as saying.

Khalaf added that she stands by the commission’s report.

Both Israel and the US are yet to comment on Khalaf’s resignation announcement.

Israel strongly rejected the allegation made in the report and likened it to Der Sturmer, a Nazi propaganda publication, Reuters noted.

The report had accused that the “strategic fragmentation of the Palestinian people” was the main way Israel imposes apartheid, with Palestinian people oppressed through “distinct laws, policies and practices”.

UN spokesman Stephane Dujarric had said that the report was put out on the commission’s website without consulting the UN Secretariat.

US Ambassador to the UN, Nikki Haley, reacted to Khalaf’s resignation and said it was appropriate, Reuters reported.

“UN agencies must do a better job of eliminating false and biased work, and I applaud the Secretary-General’s decision to distance his good office from it,” Haley said.

Israeli envoy to the UN, Danny Danon, too said it was “long overdue. Anti-Israel activists do not belong in the UN.”