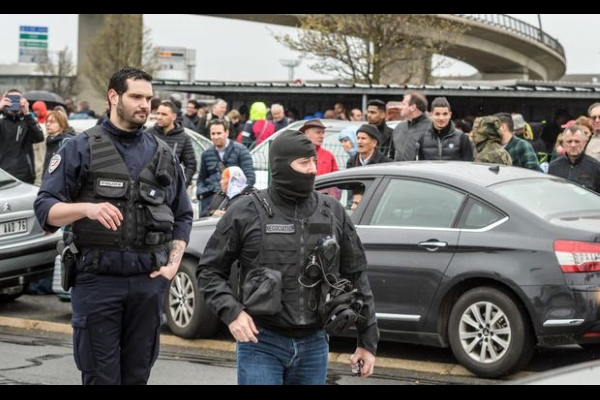 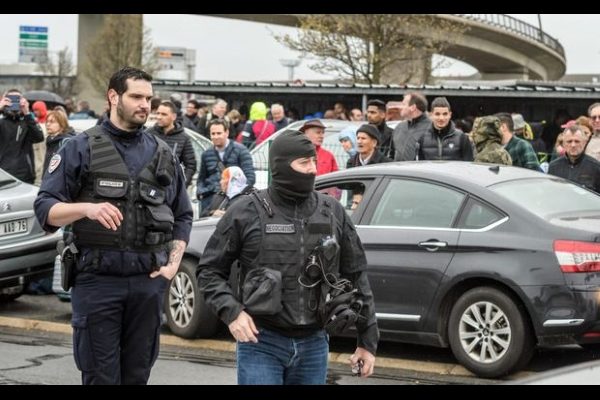 French security forces have shot dead a man who attempted to seize a gun from a soldier at Paris’s Orly airport, authorities say.

Flights were gradually resuming from France’s second-busiest airport in the wake of the March 18 incident.

Officials described the suspected attacker as a 39-year-old Frenchman who had been investigated for links to radical Islam.

Interior Minister Bruno Le Roux confirmed he was “known to the police and the intelligence services” and said the man was involved in a shooting hours earlier in the north of Paris.

Police sources were quoted as saying the suspect, identified in the media as Ziyed Ben Belgacem, had a long criminal record including convictions for drugs and armed robbery.

Police searched his house in a northeastern Paris suburb, reports said, adding that his father and brother were being questioned by police.

Early in the morning, the suspect was stopped at a checkpoint in the northern Paris suburb of Garges-les-Gonesse and fired at police with a gun, slightly injuring a police officer.

At around 8:30 a.m., the suspect entered the Orly-Sud terminal, where he tried to seize a weapon from a female soldier on patrol “in an extremely violent attack,” an army spokesman said. Two other soldiers opened fire and killed him.

The attack comes ahead of France’s presidential elections, which start next month.

The country remains under a state of emergency after a series of terrorist attacks, including the November 2015 massacre in Paris in which 130 people were killed and a truck attack in Nice in July 2016 that left 86 dead.

Meanwhile, security forces have been repeatedly targeted. Last month, a man wielding knives attacked soldiers at Paris’s Louvre museum before being shot and wounded by police.

With reporting by AFP, AP, and Reuters.