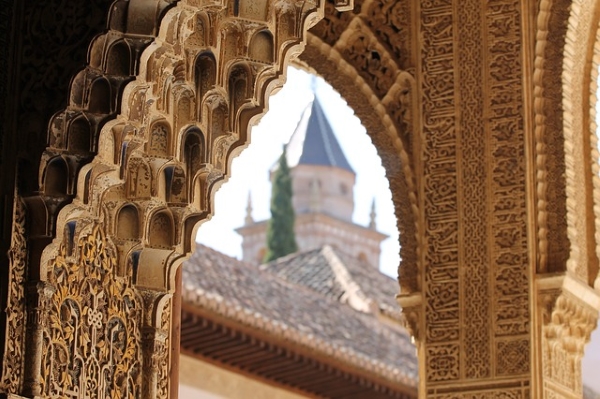 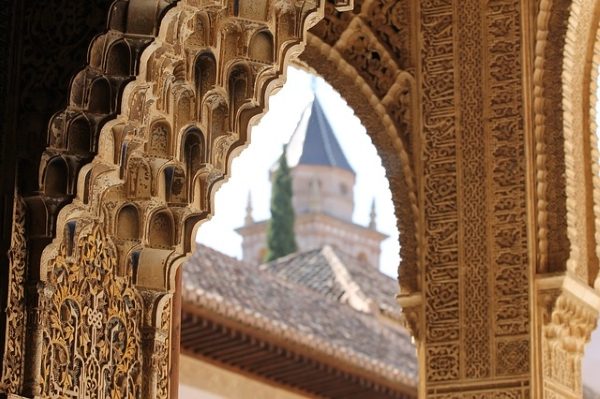 For the intelligent, an indication is sufficient. Subhanallah, this tale, taken from one of the finest works in Arabic literature, is filled with so many lessons for everyone. Please read it with the intention to learn the lessons from the life of one Shaikh Abu Abdullah Al-Andalusi (may Allah be pleased with him), and also the character of his devoted and loyal students. I pray that Allah grants every reader the tawfeeq (Divinely granted success) to benefit from this and to protect us all from any tests of this sort. Ameen.

Note: Since this is not a formal Arabic written entry, the rules of Arabic have not been enforced such as in the name of the Shaykh, etc.

In Baghdad, the seat of the Islamic State, was a pious saint by the name of Abu Abdullah Al-Andalusi. He was a well-known scholar and muhaddith (specialist in hadith) and twelve thousand disciples sat at his feet. He knew thirty thousand hadiths by heart, and could recite the Quran in all the various modes of Quranic recitation.

On a certain occasion, he was going on a journey and was accompanied with a large crowd of attendants among whom were the well-known Junayd Baghdadi and Shaikh Shibli (Allah grant him mercy).

Shaikh Shibli continues the story: “Our caravan was travelling along safely and comfortably with the grace of Allah, until we passed by an area where Christians were residing. When we reached the Christian village, we searched for water but could not find any. We went about the village and discovered that there were many churches, temples of sun-worship and synagogues. Some of the people worshipped idols and others prayed to the cross. We were amazed at their condition.

We passed all this and reached the outskirts of the village where we found a well and a few girls drawing water for people to drink. Amongst these girls was one who was exceedingly beautiful. She wore a gold necklace around her neck. When Shaikh Abu Abdullah saw her the color of his face changed. The Shaikh asked the other girls who she was.”

They replied: “This is the daughter of the ruler of this village.”

The Shaikh replied: “But, why has her father dishonored her by leaving her to give people water to drink?”

The girls replied: “Her father has done this so that when she marries she will be able to honor and serve her husband. He does not want her to become boastful of her status.”

The Shaikh sat down with his head bent forward and remained silent. For three days he did not eat or drink. He would only perform his Salah. His disciples and companions did not know what to do or say.

Shaikh Shibli said that he decided to speak to the Shaikh. So he approached him and said, “O Shaikh, your disciples and companions are perplexed with your silence for the last three days. Please speak to us.”

The Shaikh replied: “O people, know that my heart has become filled with love for the girl I saw the other day. It is not possible for me under any circumstances to leave from here.’”

Shaikh Shibli replied: “Our leader! You are the spiritual guide of Iraq. Your piety is well-known far and wide. Your disciples number over twelve thousand. By the sanctity of the Noble Quran do not bring disgrace to us and them.”

The Shaikh replied: “O people, my lot has already been sealed by fate. I am nothing. The cloak of sainthood has been removed from me and the signs of guidance have been taken away from me.”

Saying this the Shaikh began weeping bitterly. “Proceed and leave me alone. My fate has been sealed.” he told them.

We were astonished. We begged Allah for His protection and we cried until the land beneath our feet became wet with our tears.

We returned to Baghdad. When the people heard of our return, they arrived in large numbers at the outskirts of the city to meet the Shaikh. They saw that he was not with us and asked where he was. We told them the entire story. Many of his disciples died out of grief when they heard of his condition. Others cried in sorrow and disbelief. Many begged Allah to guide the Shaikh to the right path and return him to them. All his places of instruction and preaching were closed.

We remained in this sad condition for one full year. Finally, I, together with a few companions decided to visit the village again and find out how our Shaikh was doing. When we reached the village, we asked regarding him and were told that he was in the woods looking after pigs. We asked: “What has happened?” We were told that he had proposed for the girl in marriage. But, the girl’s father had refused saying that her suitor had to meet certain conditions – he had to follow the same religion as her, he had to become a servant in the church and he had to look after the pigs. The Shaikh had fulfilled all these conditions and was currently seeing to the pigs.

“With broken hearts and tears streaming down our eyes, we went to the woods to find him. He was standing amongst the pigs. Around his waist was a string of beads. On his head was the traditional Christian hat. He stood leaning on the staff that he once used to lean on when delivering the sermon!”

When he saw us, he bowed his head in shame. We came nearer and said, “Assalamu alaikum.” He replied: “Wa alaikumus salam”.

Then turning towards the heavens he said: “O my Lord, I never expected such treatment from You.” Then he began crying bitterly and appealing to Allah.

Shaikh Shibli also begged Allah in a loud voice: “Only from you do we seek help. Upon You only do we rely. By Your grace, remove this difficulty from us! We have been overcome. Only you can save us!”

When the pigs heard our crying they began to rub their heads in the sand and began to yell so loudly that the mountains appeared to wail.

Shaikh Shibli continues: We said to him: “Shaikh, why don’t you return with us to Baghdad?” The Shaikh replied: “How can I? I have to see to the pigs, although I once saw to the hearts of men!”

I asked the Shaikh: “You were a Hafiz of Quran and you could recite the seven modes of Quranic recitation. Do you remember anything of the Quran?”

The Shaikh answered: “I have forgotten everything except two verses of the Quran: ‘…and whomsoever Allah abases, there is none who can make him honorable; surely Allah does what He pleases.’ (Quran 22:18) And, secondly, the verse, ‘and whoever adopts unbelief instead of faith, he indeed has lost the right direction of the way.’ (Quran 2:108)”

I asked: “You knew thirty thousand hadiths of The Prophet (Allah’s peace and blessings be upon him). Do you still remember any?”

He answered: “Only one: ‘One who substitutes his faith is to be executed.’”

Amazed at his condition, we left the Shaikh and headed for Baghdad. However, after we had walked for three days we suddenly saw the Shaikh in front of us. He was coming out of a river, where he had just performed a bath. In a loud voice he proclaimed the shahadah: “I bear witness that there is none worthy of worship besides Allah and I bear witness that Muhammad (Allah’s peace and blessings be upon him) is His messenger.”

We could not control our joy and happiness when we saw him. He asked us for some pure clothing which he then wore. He then performed Salah. We expressed our gratitude to Allah for returning him to us and we asked him what had happened to him.

He replied: “When you left me, I turned to Allah with my former love and affection for Him: ‘O my Protector, I am a sinner and a transgressor.’ Allah forgave me and covered me in His mercy.”

We asked him: “But, why were you put through such an intense trial?”

The Shaikh replied: “When we arrived in the village and saw the temples, synagogues and churches I thought to myself: ‘These people are nothing compared to me. I believe and worship one Allah.’ At that moment, I heard a voice from within me saying: ‘This Iman (faith) that you have, is not due to your goodness in any way. If you so wish, We will show you right now.’ Immediately I felt as if something left my heart and flew away. That was my Iman leaving me.”

Shaikh Shibli says: “We were overjoyed. Our caravan arrived in Baghdad with great jubilation. The Shaikh’s places of teaching and preaching were reopened. In a short while his students numbered over forty thousand. Allah again returned to him his knowledge of Quran and Hadith and blessed him with further knowledge.”