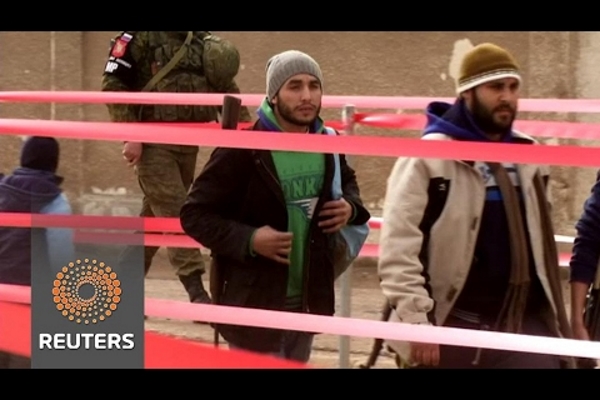 Buses began transporting Syrian rebels and their families Saturday from al-Waer, the last opposition-held neighborhood in the central city of Homs.

Their departure is part of a Russia-backed deal signed earlier this month.

The fighters and their families are being taken to the northern rebel-held town of Jarablus on the border with Turkey.

Thousands of civilians are also expected to leave Homs rather than risk conscription or arrest by Syrian security forces.

The Syrian Observatory for Human Rights estimates 12,000 will leave under the agreement, including 2,500 rebels.

The al-Waer neighborhood of Homs is home to some 75,000 people.