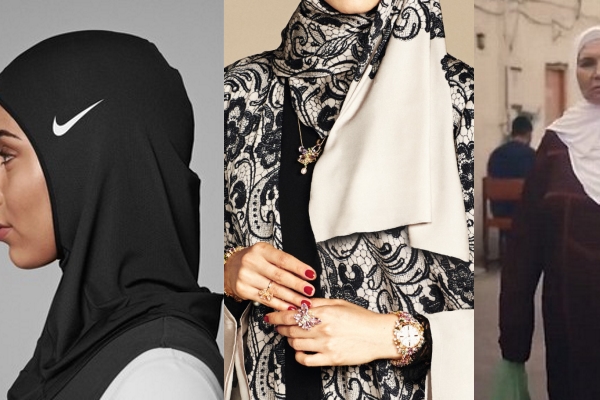 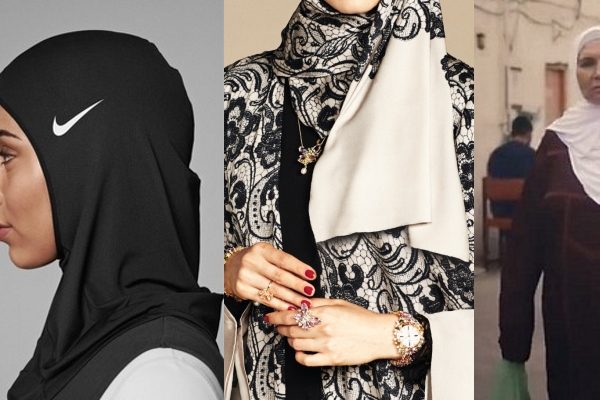 Three weeks ago it was running shoes. Nike, the shoe manufacturer whose logo is a fixture in the global consumer imagination, released an online advertisement that features a woman in a headscarf running through the old neighbourhoods of Dubai. Sweaty female boxers and fencers follow until the adrenaline-infused montage wraps up with the hopeful – if cliched – image of a little girl.

Where advertisers lead, magazines follow, and a week after the Nike commercial, the soon-to-be-launched Vogue Arabia released its cover image. Featuring the model Gigi Hadid, made-up face partially obscured by a heavily embroidered face veil, it was touted by the editor-in-chief as communicating “a thousand words to a region that’s been waiting far too long for its Vogue voice.” Hadid’s bare arm lurks in the shadows.

This month, on the 8th, marked the commemoration of International Women’s Day, celebrated around the world for more than 100 years.

For those Muslim women who have not been waiting for their “vogue voice” or Nike shoes to speak or run, it is also a good time to ask some pointed questions.

Is the reduction of empowerment to a marketing strategy a welcome development? What stance should Muslim feminists take to such representations of Muslim women?

Indeed, does the sudden prevalence of these symbols represent a failure of Muslim feminism to articulate a distinctive and authentic vision for their own empowerment?

Muslim feminists have long struggled to underscore how preoccupations with symbols (such as the veil) and stereotypes (such as submission) obscure the truths and actualities of Muslim women’s lives.

Many Muslim women have embraced the cliche-busting stance, and the hyper-centrality of the veil has been duly critiqued in public discourse.

Yet, even as Muslim women in general and Muslim feminists in particular have insisted that the veil is not so important, they have failed to engage critically with some of the tactics and theatrics employed to highlight its everyday-ness.

Whetted, perhaps, by this uncritical stance, some odd – and troubling – pairings of the veil have emerged.

They include, for instance, fashion shows in which models sport headscarves, but also parade themselves before admiring audiences.

The veil, it is assumed, neutralises all objections and objectifications. As in the case of the cover of Vogue Arabia, these shows, held most recently in Istanbul and Indonesia, have been celebrated, touted as giant leaps forward.

There are big problems with the idea that being fashion-forward equals being empowered.

Pairing the veil, whose meaning, at least in one sense, is to reduce or eliminate the objectification of women, with the parading and cat-walking is, at its foremost, the reduction of female form to an aesthetic object.

There is no feminist victory here, only a clever marketing ploy that takes existing norms of women as beautiful objects and restates them as suddenly empowered based on their occurrence on the pages of Vogue Arabia.

What has long been Orientalist and sexist, the half-bare, half-veiled eroticised model, becomes, with Vogue’s seal of approval, an expression of the way forward for some Muslim women.

In the Nike commercial, Muslim women’s aspirations for empowerment are put into the service of selling shoes and other athletic gear.

Here, too, is a clever mix, for who wants – or dares – to take issue with the women running and boxing and fencing?

Being an athlete is admittedly always better than being a model, but there is a bait and switch at work here as well. In imagining athletic achievement, with all its associated gear, as the basis of a kind of heroism, Nike imposes a Western model of venerable achievement on its Muslim viewers.

There is nothing wrong with Western origins themselves, but here they obscure the forms of female heroism that are found in the Muslim world.

Athleticism may be the most accessible form of heroism in the West; but the Muslim rest have to play on a much larger field.

Shopping is not empowerment

It is easy and tempting, of course, to discard the doings of Nike and Vogue as chance occurrences, the sort of thing that corporations and publications in the business of selling things do for sales and circulation.

Post-feminist Muslim women who love make-up and clothes do just that when they discard feminist critiques and agree to be accessories to men.

It is this constituency of women that must be the target of Muslim feminist efforts in the years to come.

Just as they have fought religious extremism, formulated egalitarian interpretations of faith, they must now take on the twin demons of objectification and consumption.

This International Women’s Day they must take on the branding of women’s liberation as a marketing strategy, rally against the lie that buying things is somehow a form of empowerment.

Rafia Zakaria is an attorney and author of “The Upstairs Wife: An Intimate History of Pakistan”, and “Veil”.