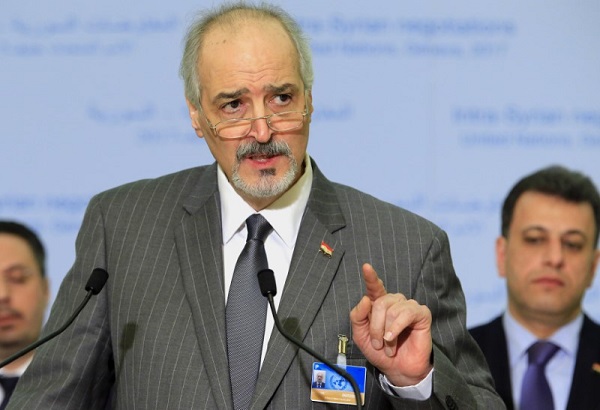 GENEVA (Reuters) – Syria’s chief negotiator said on Saturday that the “only thing” achieved at 10-day talks in Geneva was an agreed agenda and that the government wanted a unified opposition delegation as its negotiating partner.

In his first remarks since talks ended on Friday, Syria’s ambassador to the U.N. Bashar al-Ja’afari said the agenda agreed through U.N. mediator Staffan de Mistura gave equal weight to four subjects, including the government’s own priority of fighting terrorism.

“Nothing has been adopted so far, there is nothing final at all except for the agreement on an agenda. This is the only final thing that we achieved in this round,” Ja’afari told reporters in Geneva.

Damascus sought a unified Syrian opposition, “not a Saudi partner nor a Qatari, Turkish or French partner”. “What is asked is to have a partner,” he said.

The main Syrian opposition at the talks is the High Negotiations Committee (HNC) but there are also two smaller dissident groups which have no military muscle but enjoy Moscow’s blessing as opposition voices.

Ja’afari said a “first condition” was to have a Syrian national opposition that did not seek help from Israel nor Turkey, and “does not work according to Qatari, Saudi, Jordanian, Israeli intelligence agendas”.

The second condition was to have a unified opposition that agreed on a common agenda, he said.

Ja’afari said the government was studying whether to return for the next round of Geneva talks later in March. De Mistura says he plans to continue separate talks with the two sides on substantive issues after reporting to the U.N. Security Council next week.

Syria’s first U.N.-led peace talks in almost a year ended on Friday without breakthrough but de Mistura said the warring parties now had a clear agenda to pursue a political solution to the country’s six-year-long conflict.

“The train is ready, is in the station, is warming up its engine, everything is ready and it just needs an accelerator,” de Mistura told reporters on Friday night. “And the accelerator is in the hands of those who were attending this round.”