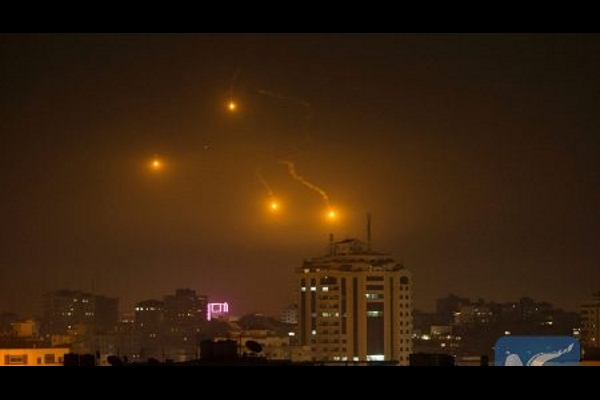 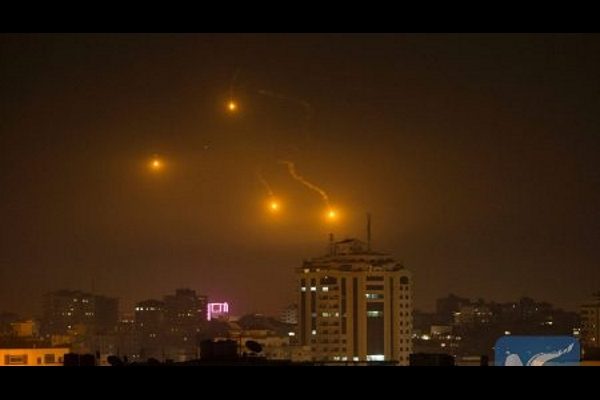 Israel carried out a series of airstrikes on militant sites across the Gaza Strip on Monday, February 27, wounding at least four people, officials said, following a rocket attack on southern Israel that caused no casualties, The Associated Press reports.

Explosions could be heard and smoke rose into the air in the southern town of Rafah, on the Gaza-Egypt border.

“The Israeli entity bears full responsibility for the continuation of this dangerous escalation against Gaza. Continuing the targeting of the resistance sites and other properties and structures to deliberately blow up the situation is unacceptable,” said Fawzi Barhoum, spokesman for the ruling Hamas militant group.

The Israeli military said it had targeted five Hamas positions throughout Gaza in response to the earlier rocket strike.

The Israeli military “holds Hamas accountable for any attacks from the Gaza Strip that jeopardize the safety of Israelis and breach Israel’s sovereignty,” said Lt. Col. Peter Lerner, a military spokesman.

Hamas security forces blocked journalists from approaching one of the targets in Rafah, suggesting a sensitive installation had been hit. The local Health Ministry said four people were slightly or moderately wounded.

Earlier Monday, a rocket was fired from Gaza into Israel, landing in an empty field. There were no reports of injuries.

Since a 50-day war between Israel and Gaza militants in the summer of 2014, a cease-fire has largely held. But militants in Gaza occasionally fire rockets at Israel’s south.

Israel typically responds to any rocket fire from Gaza. Although most rocket fire since the war has come from smaller rivals of Hamas, Israel holds the Islamic militant group, which has controlled Gaza for a decade, responsible for all attacks emanating from the territory.

There was no immediate claim of responsibility in Gaza for the rocket. A Jihadist group that supports the Islamic State group has taken responsibility for similar attacks in the past.