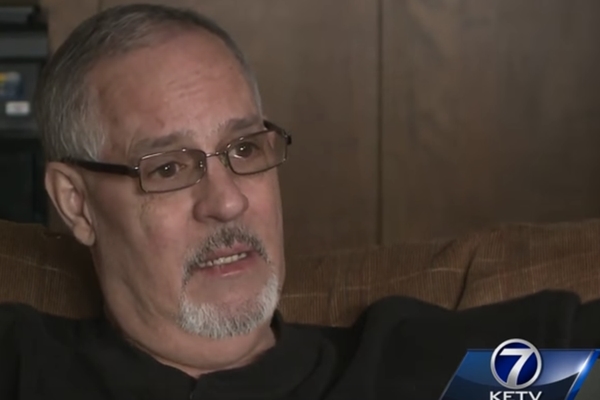 "They took the hatred out of me..." John Dutcher's story highlights how anti-Muslim hate in the U.S. is sustained by ordinary Americans simply not knowing Muslims.

By his own admission, John Dutcher never had any time for “Muslims”.

In the aftermath of the 9/11 attacks, his anger grew. When he saw a Muslim couple in the supermarket, he would snarl to himself, especially if the woman’s head was covered. There was even a time when he considered placing strips of bacon outside a local mosque, though he never did so.

And then something happened – something both very simple, and quite remarkable: a family of refugees moved in next door, and a process of transformation began.

“There were two families that moved in across the hall from me. I’d seen them arrive,” said Mr Dutcher, speaking from Omaha, Nebraska’s largest city. “I said to the people they were with, if there was anything I could do to help, with the apartment or whatever, then they should just ask.”

A year on, at a time when the US is reeling from the impact of Donald Trump’s travel ban on people from seven predominantly Muslim countries, and his suspension of the country’s refugee programme, Mr Dutcher, who voted for Mr Trump, has emerged as a voice of understanding and hope. When an interview he did with local television channel KETV went viral, many across the country were inspired by both his words and example.

Activists wondered that if a man who had held such strident, Islamophobic views could be turned around simply by meeting people he had previously simply given a label, what message might it carry for others.

“It’s not in our human nature to go up to someone who does not look like you,” said Lacey Studnicka, a development officer with the Lutheran Family Services of Nebraska (LFS), who has worked with refugees for 15 years.

She said she believed the key to changing people’s minds was education. Part of her work involves travelling across Nebraska and giving talks in churches and community centres, sometimes with a former member of the refugee community. She said it was especially useful to visit rural areas.

“Even if nobody in your community is a refugee, if you are able to hear the stories of someone, a little piece opens up,” she said.

Nebraska is flat, conservative, largely rural and overwhelmingly white. In the 2016 presidential election it voted 58-33 in favour Mr Trump. The New York tycoon secured 85 per cent of the vote in 19 of the state’s 93 counties. In western Grant County, of which the county seat is Hyannis, 93 per cent of people voted for him. The state’s entire population is around 1.9m.

Yet Nebraska has also proved very welcoming to refugees. Between October 2015 and September 2016, the so-called Cornhusker state welcomed 1,441 refugees, or 76 per 100,000 Nebraskans, according to a Pew Research Centre analysis. Per capita, Nebraska took more refugees than any other state, ahead of North Dakota, Idaho, Vermont and Arizona.

Officials say the state is a popular destination for refugees because the economy is strong, and there are jobs in the hospitality, meat-packing and services industries.  More than 90 per cent of refugees coming to the state, are doing so to reunite with family members already there.

Anwar Rida, who lives in Lincoln, moved to Nebraska in 1999. He is originally from Iraq, and said that while Nebraska was a welcoming state for refugees, it was important for new arrivals to make an effort to become part of the community. His company offers free English classes to new arrivals, something he says is vital.

“Nebraska is a lovely state, a nice environment. There are nice people, it’s good for families,” he said.

Last month, ten state politicians sponsored a resolution saying they “believe in protecting refugees” regardless of religion, a response to Mr Trump executive order that many believe targeted Muslims and assigned priority status to Christians.

“Many refugees have earned green cards and call this country home, and others have been shown, through extensive vetting, to bear good will toward our nation,” said resolution LR27. “Refugees include people fleeing war and oppression and include children and families in need of safety.”

Yet, things are not that simple. The state’s governor Pete Ricketts, a Republican, has defended Mr Trump’s ban, calling Nebraska a “welcoming state” but disagreeing with the judge who ordered a stay on the president’s order.

Meanwhile, two Nebraska refugee resettlement agencies are cutting jobs in the wake of Mr Trump’s executive order on immigration. LFS said last week it was cutting 15 positions while the Refugee Empowerment Centre is losing three positions – decisions that were taken in anticipation of a drop in refugee arrivals.

Mr Dutcher said that while he supported Mr Trump’s wish to tighten the US-Mexico border, he said he was frustrated that too many confused refugees from countries such as Syria and Iraq, with the general debate on immigration.

The 61-year-old, who works for a commercial cleaning company, said his own transformation had come after many hours of prayer. He said he had been attending meetings of Alcoholics Anonymous and that “there was a lot of change in my life that needed to be done”.

He said the more he spoke with his new neighbours – sometimes making use of Google Translate – so he came to learn more of the journeys they had taken to reach Omaha. “As I found out more about them, they invited me into their homes. Some of these people came from Aleppo,” he said, referring to Syria’s devastated largest city.

He said the people whose apartments his new neighbours occupied had been meth addicts and drank heavily. Very quickly, the empty bottles and late night arguments, were replaced by the clutter of children who called him “big brother”.

“If I had stayed in my comfort zone and had not reached out, I would never have changed. I would have stayed in that hateful mode,” he said.

“I was seeking change in my life. I give the credit to God. He listened to me and answered my prayers.”