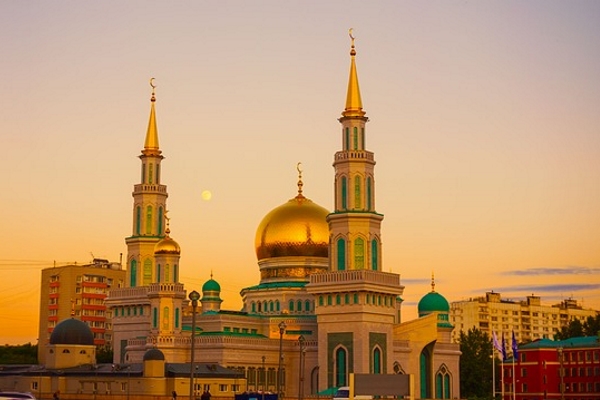 The global Islamic finance industry, which is witnessing phenomenal growth rates with expansions in Europe and sukuk listings, will see a new entrant in Russia that hopes to cash in on the substantial Muslim population in the European country.

They have already started the process of getting acclimatized with the Islamic finance industry by learning from the established model of the Islamic Development Bank (IDB), headquartered in Jeddah.

“Russia is hoping to implement Islamic Finance systems in its banks,” said a member of the Russian delegation that was paying a visit to the IDB.

He said, “Our principal goal is to get acquainted with the Islamic finance system and implement it later in Russia where there are 25 million Muslims living,” Abubakar Arsamaskof, president of Moscow Industrial Bank told Saudi Gazette.

Islamic banking refers to a system of banking or banking activity that is consistent with the principles of the Shariah and its practical application through the development of Islamic economics.

Asked if Russia is ready for such a move, he said that though there is an absence of some legislations that would facilitate Islamic banking, the president and the government are ready to implement Islamic finance at the earliest and, added that they as banking officials have been asked to provide the government with needed mechanisms.

“Hence the need for us to study a successful role model and that’s the IDB,” he said. Arsamaskof noted that they want to develop a partnership with the IDB to develop and implement Islamic finance in Russian banks.

He said that their industrial bank has 7,000 employees working in 260 branches that provide different products and services. He added that their main focus is on industry, construction and agriculture. He also highlighted that they issue Muslim debt card to those wanting to perform Haj.

He also indicated that Russian companies are moving towards the Halal industry in a big way and have investments that are estimated at $100 million. “Halal products,” said Arsamaskof, “are popular also among non-Muslims who buy these products with pleasure because they are sure about their high quality.”

Sheikh Roshan Abasof, the first vice president of the Shoura Council of Muftis for the Muslims of the Russian Federation Administration, explained that in 2000 a regulatory body to certify, control and monitor was established under the name to International Center for Halal Standardization and Certification (ICSC).

Till date 200 companies have been given the ICSC certification and their products are being exported to five different countries, including ones in the Gulf region.

Abasof said, “Russia and the IDB already have collaboration in different sectors — mainly the philanthropy sector, Waqf, and education. And this cooperation in the Islamic banking system will further boost relations.”

He added that more than 70 students have benefited from IDB scholarships in completing their university education.

The Russian delegation was visiting the IDB to collaborate with regard to Awqaf and enhance the Islamic finance system in Russia. Other negotiations include collaboration between IDB and Moscow Industrial Bank to find investment opportunities and create jobs for youth.

IDB President Bandar Hajjar said “The bank is studying methods by which it can take part in Islamic banks in Russia after the completion of legal and organization measures in cooperation with the Russian Central Bank.

He added that they have witnessed a real will in the Russian government and in the Russia Central Bank to provide a suitable environment for Islamic finance that he said encouraged the IDB to train banking officials in this regard and provide scholarships that may train Russian nationals and prepare them to work in the Islamic finance sector.

The IDB has also provided urgent aid to Chechniya, which was devoted to construction of schools and vocational and training institutes.