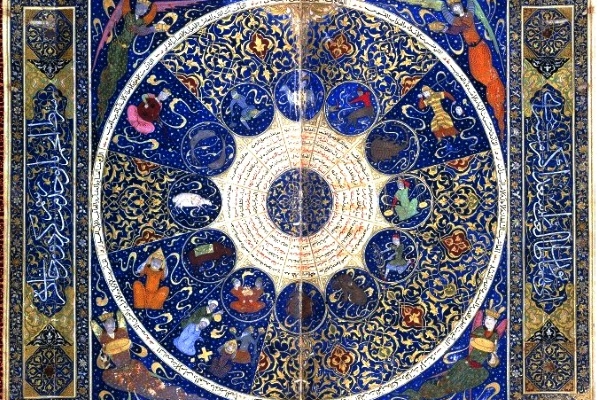 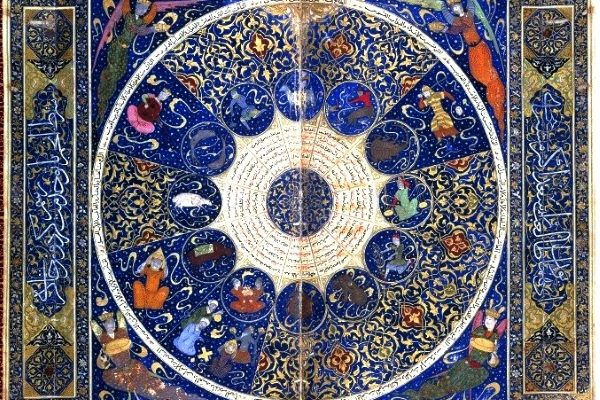 Astronomy may be the oldest natural science in the world. Before humans ever took to systematically studying the skies, we were craning our necks upwards, observing the curious movements of some bright points of light, and the stillness of others. Civilizations around the world have incorporated astronomical observations into everything from their architecture to their storytelling and while the pinnacle of the science is most commonly thought to have been during the Renaissance, it actually began a thousand years earlier and 5,000 miles to the East.

Around the 6th century AD, Europe entered what’s known as the Dark Ages. This period of time from around 500 AD until to the 13th century witnessed the suppression of intellectual thought and scholarship around the continent because it was seen as a conflict to the religious views of the church. During this time the written word became scarce, and research and observations went dormant.

While Europe was in an intellectual coma, the Islamic empire which stretched from Moorish Spain, to Egypt and even China, was entering their “Golden Age”. Astronomy was of particular interest to Islamic scholars in Iran and Iraq and until this time around 800 AD, the only astronomical textbook was Ptolemy’s Almagest, written around 100 AD in Greece. This venerable text is still used as the main reference for ancient astronomy in academia to this day. Muslim scholars waited 700 years for this fundamental Greek text to be translated into Arabic, and once it was, they got to work understanding its contents.

Astronomers like Ibn Yunus from Egypt found faults in Ptolemy’s calculations about the movements of the planets and their eccentricities. Ptolemy was trying to find an explanation for how these bodies orbited in the sky, including how the Earth moved within these parameters. Ptolemy calculated that the wobble of the Earth, or precession as we now know it, varied 1 degree every 100 years.

Later, astronomer Ibn Yunus found that Ptolemy was quite wrong and that in fact it was 1 degree every 70 years. However, they didn’t know that it was the Earth’s wobble causing this change because in the 10th century it was still believed that Earth was at the center of the universe. This discovery by Ibn Yunus and others like Ibn al-Shatir changed the landscape of astronomy forever. The heliocentric model eventually proposed by Copernicus in the 16th century was built on this body of work.

The math required for astronomy was also advanced in large part by Islamic scholars. They developed spherical trigonometry and algebra, two forms of math fundamental to precise calculations of the stars. Jamil Ragep, professor of Islamic studies at McGill University told Astronomy, “there were so many contributions over a millennium that it’s impossible to pick just a few.”

In the 8th century under Caliph al-Mamun al-Rashid, the first observatory was built in Baghdad and subsequent observatories were built around Iraq and Iran. Since this was before the telescope had been developed, the astronomers of the time invented observational sextants. These tools, some as large as 40 meters, were critical to the study of the angle of the sun, movement of the stars, and the understanding of the orbiting planets.

Around this same time in 964, after more and more observations took place, one of Iran’s most famous astronomers Abd al-Rahman al-Sufi published The Book of Fixed Stars, one of the most comprehensive texts on constellations in the sky.  Abd al-Rahman al-Sufi was also the first astronomer to observe the Andromeda galaxy and the Large Magellanic Cloud. These observations would have been made purely with the naked eye since the telescope hadn’t yet been created. Of course he didn’t know it was a galaxy at the time, he marked it down as a “cloud” in his notes. This work would later prove to be useful to famed Danish astronomer Tycho Brahe.

Later in the 13th century, scientist and philosopher Nasir al-Din al-Tusi created the famous Tusi Couple. Asad Ahmed, professor of Islamic studies and the history of science at UC Berkeley explains, “ The purpose of this couple was to explain the apparent linear motion of certain heavenly bodies on the basis of circular motion.” But as we know now, the motions in the heavens are continuous and not stationary. Ptolemy had trouble explaining this phenomena so the Tusi couple was able to demonstrate linear motion out of the opposing directions by placing  a smaller circle within a larger one. The Tusi Couple would later become critical to Copernicus’ understanding of these motions during his work in the Renaissance.

One of Islam’s most famous astronomers and scientific thinkers, Ibn al-Haytham, is known as “the father of optics” because he was the first person to crack the code about how we perceive light. He figured out that light traveled in a straight line into our eyes but not out. For hundreds of years it was thought by people like Ptolemy that our eyes actually emitted light, like an interior flashlight. His work developed the camera obscura and eventually aided in the development of the telescope.

Perhaps the most significant contribution Ibn al-Haytham gave to the world was a methodical way of conducting experiments repeatedly in order to test a theory, this became known as the scientific method, the foundation for science as we know it. He noted in his research that, “The duty of the man who investigates the writings of scientists, if learning the truth is his goal, is to make himself an enemy of all that he reads, and … attack it from every side. He should also suspect himself as he performs his critical examination of it, so that he may avoid falling into either prejudice or leniency.”

Throughout this time, from the beginning of the Golden Age until the early Renaissance, many universities and madrasas, or schools were being constructed around the Islamic empire. In 859 AD the first university was built in Fez, Morocco. It was conceived of and started by Fatima al-Fihri, the daughter of a wealthy merchant. Scholars from all over the world including Christian and Jewish scientists traveled there to study astronomy, math and philosophy.

Many schools and mosques around this time were overseen and managed by Muslim women who themselves had been educated in subjects ranging from literature to algebra, a form of math also perfected by Islam. One of the most well known astronomical tools called an Astrolabe was created by the Greek thinker Hipparcus but was perfected by islamic scientists, particularly women. Mariam al-Astrulabi was a Syrian female astrolab maker from the 10th century. She’s best known for perfecting the art of making these instruments which calculated the altitude of celestial bodies in the sky. In her honor, astronomer Henry E. Holt named a main belt asteroid after her in 1990.

These are just a sampling of some of the work done by Muslim astronomers, philosophers and scientists over thousands of years, and the study of astronomy in Islamic countries is by no means over. Just last year scientists in Qatar at the Qatar Exoplanet Survey announced their discovery of three new exoplanets orbiting around other stars.

The light from stars contain a history themselves; it’s taken tens of thousands of years in some cases for their story to travel through space and reach our eyes and mirrors of our telescopes. A millenia later, around 200 stars bear the Arabic names of astronomers who made significant contributions to the field. On the surface of the moon there are twenty four craters named after the Muslim astronomers who’ve paved the way for the modern science and astronomy.

Studying the cosmos is something more ingrained in the international culture than meets the eye. If you’ve ever stared at the belt of Orion or Alcor and Mizar, the binary stars in the Big Dipper, then you’ve gotten a small glimpse into the legacy created by Muslim scientists around the world.