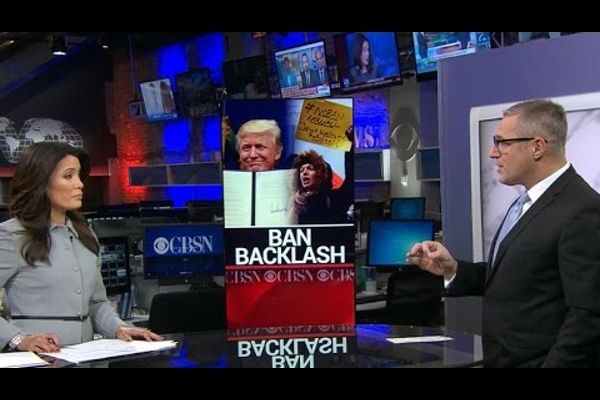 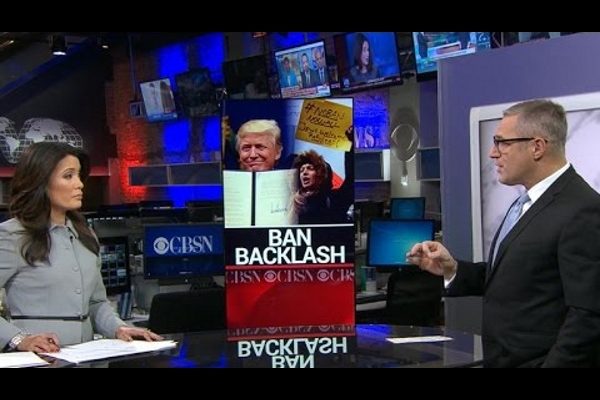 In his landmark work, Orientalism, Edward Said theorised that Muslims are fundamentally subjects of study and scrutiny for Western outsiders, systematically excluded from the enterprise of contributing and commenting on their very existence.

While the modern media discourse is preoccupied with Islamophobia, Orientalism remains front and centre – in the form of an alarming absence of Muslim experts and analysts on mainstream news media examining issues that implicate and impact their lives.

This is particularly troubling in the Trump era, and more specifically, the prolific media attention given to the immigration executive order, commonly dubbed the “Muslim Ban”.

Recent coverage of the immigration order featured predominantly white men weighing in on an issue that targets Muslims, with Muslims again watching from the sidelines.

Aligning with the spirit of the immigration order, mainstream news media effectively excluded Muslims from the airwaves. This was not exclusive to “conservative” media outlets like Fox News, but even more extreme on outlets commonly perceived as liberal mediums.

According to research by Media Matters for America, a progressive research and information centre, during a five-day period (January 30 to February 3) after the immigration order was signed into law, only seven of the 90 commentators CNN featured to discuss the order were Muslims.

MSNBC, widely perceived to be the most progressive of the three primary cable news networks, only had two Muslims out of 28 during that period.

Fox News, on the other hand, had the highest percentage of Muslims on air discussing the order during that stretch, with five out of the 58 contributors identifying as Muslims.

These figures offer a snapshot into the long-standing exclusion of Muslims in a space where news coverage of Islam and Muslims is robust, recurring, and big business.

Media attention on Islam has naturally increased during the rise of Donald Trump, and for Muslims, the stakes of exclusion and the importance of inclusion are much higher.

This is particularly true on liberal (or moderate) media outlets, where the analysis of the Trump administration’s rhetoric and policies is comparatively more even-handed and critical.

Liberal news media remain forums where liberal Orientalism thrives – treating Muslims as subjects worthy of sympathy and pity, but ultimately, individuals unfit to add expertise on laws that directly impact their lives, offer direct testimony, and ultimately, cast them as outsiders in stories that are entirely about them and their community.

Prominent liberal news personalities often point to featuring one Muslim to discuss the Muslim Ban. Or brush the alarming shortage of Muslim voices (at the height of the media’s coverage of the Muslim Ban) aside by responding that, “cable news media should do more”.

But rather, liberal news networks should actively reach out to the extensive and emerging pool of Muslim American scholars, lawyers, advocates, organisational and community leaders volunteering to assist detained individuals at airports, educating and mobilising their communities, teaching at colleges and universities, and fighting the Muslim Ban in the trenches.

Yet, the exclusion of Muslims illustrates just how deeply entrenched Orientalism within liberal news media networks, driven by the belief that Islam itself is an area of intellectual or professional expertise that non-Muslim white men are more adept to speak on than Muslims themselves.

While conservative media outlets are wed to featuring specific Muslim personalities to propagate a caricature, carry forward a stereotype, or showcase a native informant bent on slandering the faith, liberal media outlets call on a small handful of Muslim voices to meet what seems to be a minimal quota while relying on white males to carry the intellectual and analytical load.

In fact, an all-white-male panel discussing a matter that directly impacts Muslims is a common sight on liberal news media outlets.

This sight is particularly concerning in the Trump era, where an endless pool of effective Muslim commentators are lending insight on mainstream print media and social media, and are within easy reach for cable news outlets and their bookers.

Participating in the exclusion of Muslim voices feeds into the process of dehumanising Muslims and rendering them incapable of speaking for themselves. It also deepens widely held stereotypes about Muslims as foreign, violent and subversive – tropes that saturate the immigration order enacted by Trump, and those still to come.

While Bill Maher’s routine slander of Islam, and his recent attack on prominent Muslim American civil rights activist Linda Sarsour, illustrates that Islamophobia is also pervasive among progressives, the exclusion of Muslim voices from liberal news media outlets symbolises that Orientalism is likewise firmly steeped within the left.

Orientalism and Islamophobia are deeply interlinked systems that dehumanise Muslims. Therefore, fending off the hateful policies unleashed by Trump must be accompanied by an institutional commitment by liberal news media to prominently feature Muslim commentators when discussing Muslim issues, and grant them the basic dignity to contribute to the very stories that directly impact their lives.

Khaled A Beydoun is an associate professor of law at the University of Detroit Mercy School of Law.