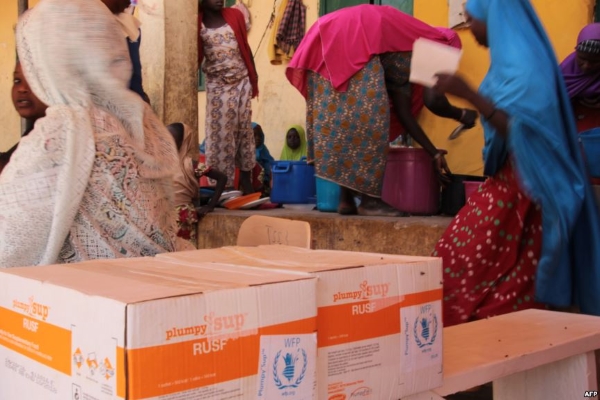 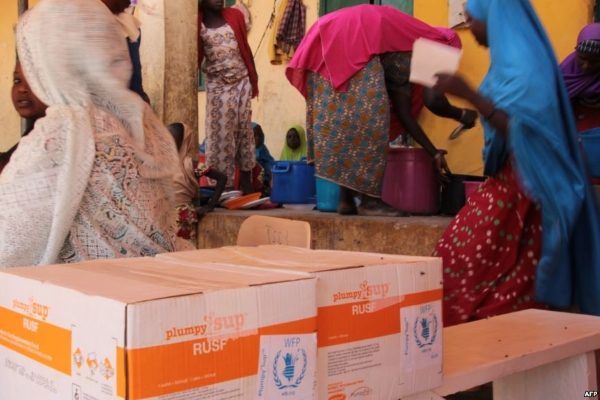 ABUJA – The humanitarian crisis in northeastern Nigeria remains severe, with aid agencies reporting uneven progress. In areas they have been able to access, relief organizations say they have successfully reduced malnutrition. But in other areas still cut off by insecurity, they fear the worst.

Rainy season is coming in northeastern Nigeria, and aid agencies are worried.

The rains could start as early as April. During the lean season that follows from June to August, the U.N. Food and Agriculture Organization warns that 11 million people in northeast Nigeria will not have enough to eat. The FAO warns that 120,000 of those people could face famine-like conditions.

“This is when people have consumed a lot of their food resources before the next harvest comes in. And so as the name suggests, the lean season means people have less resources to cope with during that period,” said
Doug Mercado, the deputy country director for the U.N. World Food Program.

He says the organization is using planes and helicopters to bring in aid.

“We’re trying to do our best to get around the insecurity issues,” he said. “We’ve been scaling up. We’ve been trying to reach as many people in need as possible. We’ve been building up over the last few months, and in January, which was our latest distribution period, we distributed to over 1 million people.”

The International Committee of the Red Cross and the Nigerian Red Cross has seen a drastic reduction in cases of malnutrition at a health clinic they opened in the southern Borno town of Biu.

From the period between December of last year and February of this year, less than 10 admissions of severely malnourished children per month. If you compare this to last June and July when we started working in southern Borno, at that time we would receive between 110 and 120 cases every month.

ICRC spokesperson Aleksandra Mosimann told VOA the organization the malnutrition rate among children under five years old has fallen from over 40 to below 10 percent in areas where it provides food relief. Mercy Corps reports similar results in Maiduguri and the southern part of Borno state, where they have been able to set up operations. But the group’s regional humanitarian advisor, Adrian Ouvry, says roads are still too dangerous in eastern Borno state, where fighting continues in and around the Sambisa forest.

“There may well be other parts of Borno that we haven’t been able to access yet, including six of the local government areas to the north of the state where there may be pockets of extreme malnutrition and possibly famine. But it’s very hard to know until access is possible,” said Ouvry.

Some of those hard-to-reach towns in the north are along the border with Niger and near Lake Chad. Surveillance and data from militaries, foreign governments and NGOs reveal that Boko Haram members still operate on some of Lake Chad’s islands.

Over the past seven years, Boko Haram violence has displaced more than two million people and killed at least 20,000, according to the U.N.

To donate to the World Food Program please use this link.