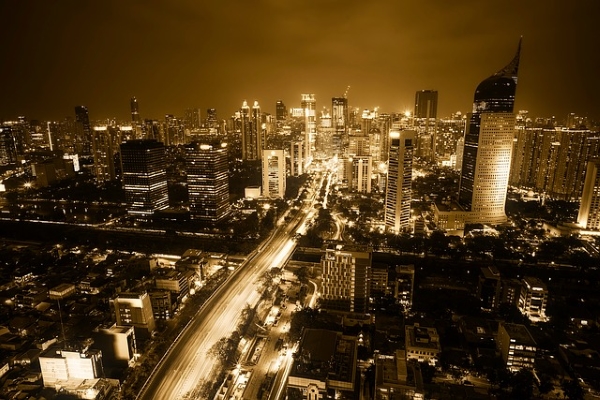 As demand for halal products grows across the Islamic world, Indonesia has plans to establish a halal economic zone in Jakarta.

The economic zone would likely include Islamic banks and financial institutions, as well as halal restaurants, hotels, malls, fashion boutiques and entertainment venues.

The idea is gaining traction thanks to greater demand for halal products and services, according to Siwage Dharma Negara, assistant coordinator of the Institute of Southeast Asian Studies’ Indonesia Studies programme.

“It’s gaining momentum now because of increasing demand and pressure from the community and from religious groups,” Negara said. “The other reason maybe is because investment from Muslim countries in the Middle East is expanding. The government sees that the market potential is very big for halal products.”

The demand for halal products has grown in step with the rapid expansion of Islam, with the State of the Global Islamic Economy 2015 report projecting Muslim consumer spending on food and lifestyle to reach $2.6 trillion in 2020.

During a panel discussion titled ‘Jakarta as the Centre of Sharia Finance’ last Wednesday, Adiwarman Karim, a prominent member of the country’s National Sharia Board, said that the country’s National Development Planning Board (Bappenas) was studying the possibility of establishing a halal economic zone and that the time was right for Indonesia to expand its Islamic economy.

“Only in Indonesia can people find sharia-based spas and karaoke establishments. You won’t find such a thing in Malaysia or Saudi Arabia. Now is the right time to declare Indonesia as the centre of the Islamic world’s economy, starting from Jakarta” he said.

But Negara is not convinced that the zone would have an immediate impact on Indonesia’s Islamic economy, which currently lags behind neighbours Malaysia and Thailand despite its favourable demographics.

“I don’t think it will increase consumption spending right away. Its success depends on other external factors like the price of commodities such as oil,” he said.

While the government has not yet revealed its detailed roadmap for the development of the halal industry, work on a halal processing zone on the island of Bintan is already underway, and in April 2016, Imam Haryono, the director general for industrial estate development in Indonesia, announced that the government would develop “halal zones” at “some industrial estates in Java”.

However, Indonesia is still a long way off realising its ambition of acting as the halal industry’s regional hub, and the proposed economic zones will only help to satisfy domestic demand for halal products, according to Negara.

“To meet the demands of its domestic market – which is much larger than other markets – Indonesia still has to import a lot of halal products from other countries,” he said. “I think the priority [of the economic zones] will be to supply the domestic market and to increase the capacity of Indonesia’s halal production. Maybe later, if [the zones] are successful in boosting production, they can focus on exporting to other countries.”