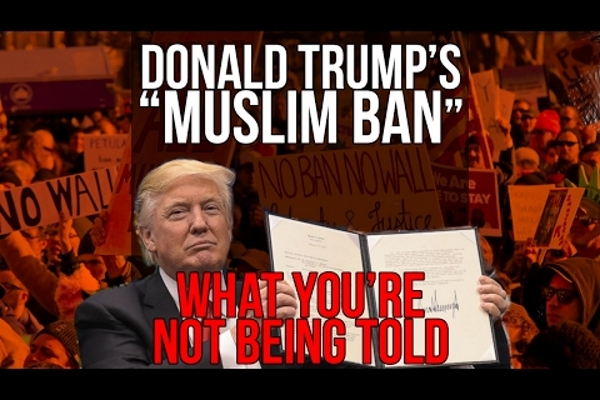 The backlash has been fierce and public figures around the world have voiced their outrage. On one hand this is understandable, given the humanitarian implications, however one has to ask: Where was this outrage when the refugee crisis was being created? Where was the righteous indignation in 2011 when the Obama administration toppled the Libyan government, first by sending in the CIA to back rebel groups (that ended up having direct ties to Al-Qaeda) and then using airstrikes to finish the job?

Prior to this intervention Libya had one of the highest standards of living of any country in Africa (according to the UN). They even had free healthcare.Today the country is a failed state, plagued by ongoing violence. That’s why these people are trying to escape.

And where was this righteous indignation in 2012 when the U.S. began providing weapons, money and training to rebel groups in Syria in an attempt to overthrow Assad? Even at the time it was known that most of these weapons were ending up in the hands of jihadists, and it was no secret that these groups were committing horrific atrocities. Again why do you think these people are trying to escape?

Then there was Yemen, where the Obama administration quietly supported Saudi Arabia’s bombing campaign for over a year, before finally getting their hands dirty and launching direct airstrikes in 2016.

This warmongering continued till the very end. Here’s a map of where the 26,171 thousand bombs Obama dropped just in his last year of office fell.

You know it seems to me that the inhabitants of these countries would have preferred that you stand up against the wars that destroyed their homeland before and while it was happening, rather than take issue to where they are allowed to go in the aftermath. Just saying.

None of this is a defense of Trump’s order. It doesn’t make any sense that Iran be included on the list while Saudi Arabia, United Arab Emirates and Egypt get a free pass. Especially considering that Saudi Arabia is most prolific purveyor of Wahhabi extremism in the world. That is of course unless you look at this through a geopolitical lens. Which brings us back to the real crux of the issue: war.

After 8 years of covering for Obama’s foreign policy, the left already has a credibility problem, and the current strategy of throwing temper tantrums at Trump’s each and every turn (which started before he took office) isn’t helping. Inside your echo chamber you might feel like revolutionaries, but from the outside, your selective outrage is reeks of hypocrisy and low brow partisanship. You’re also burning through your ammunition before the battles that are really going to count (like another war or an expansion of police state powers).

Make no mistake. Trump is just getting warmed up.