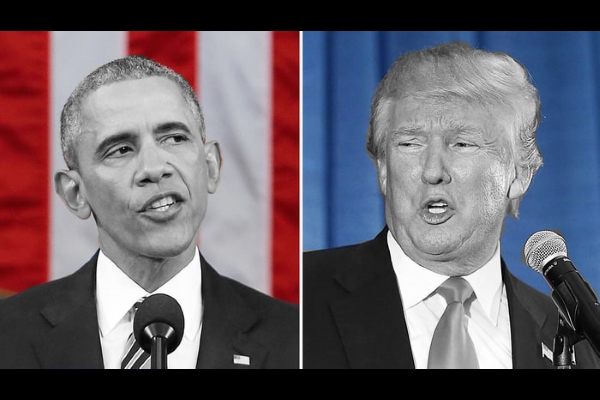 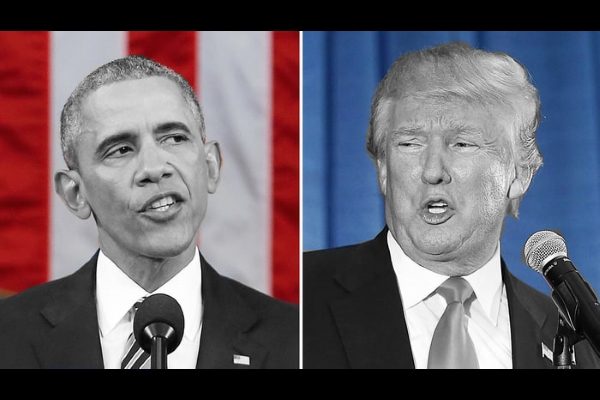 On January 21, one day after US President Donald Trump was sworn into office, the resistance was inaugurated by way of women’s marches across the country. Muslim-Americans were prominent in these marches, with civil rights leaders such as  Linda Sarsour organising and addressing the Washington, DC, crowd, and Muslim American women leading offshoot marches. The ubiquitous displays of non-Muslims chanting slogans and holding signs in defence of Muslims was heart-warming.

As Muslim women and men marched, however, the looming perils of Trump’s counterterror programme – still largely undefined – raced through their minds. The day before, during his inauguration speech, Trump vowed to completely eradicate “radical Islamic terrorism … from the face of the earth”.

Trump is inheriting from President Barack Obama the Countering Violent Extremism (CVE) programme, that was based on the premise that foreign terror threats are tied to Muslim American citizens at home. Like other policies of the Obama administration, this programme was linked to the idea that radicalisation is an exclusively Muslim phenomenon.

Trump has adopted this idea, but unlike the Obama administration, he aims to integrate this conflation of radicalisation and Islam with the belief that the US is interlocked in a war with Islam – and with the eight million American citizens that adhere to it.

Counter-radicalisation from Obama to Trump

First, it shifted its concern from foreign terrorists to the “homegrown violent extremists“, focusing on Muslim residents and citizens as suspect radicals. Second, CVE relied on a network of informants to monitor subjects of interest within Muslim communities, institutions, and public spaces, in addition to the electronic surveillance model established under Bush. And third, Obama strategically toned down the “clash of civilisations” rhetoric that characterised the Bush administration, in exchange for the language of tolerance that helped in the grooming of Muslim informants.

In five years, Obama built a counter-radicalisation infrastructure and institutionalised the presumption that radicalisation is a purely Muslim phenomenon. The structures and strategy has now been handed over to his successor, Trump, to build upon, as he assembles a counterterror team.

In late December, a Trump administration insider told Department of Homeland Security (DHS) officials that the new president was committed to the counter-radicalisaton national security model. However, the racially neutral CVE wouldlikely be renamed to “Countering Violent Jihad” or “Countering Radical Islam” making it fully transparent that Muslims are the specific targets of this programme.

This renaming aligns with Trump’s modus operandi of blatant Islamophobia, but it also promotes the worldview that the US must commit itself to an intractable civilisational war with Islam.

Apart from mere rhetoric, Trump has surrounded himself with cabinet members who subscribe to this world view. General Michael Flynn, Trump’s national security adviser, wrote that, “The countries and movements that are trying to destroy us … are united by their hatred of the democratic West and their conviction that dictatorship is superior.” He also tweeted in February 2016 that “Fear of Muslims is rational” and has referred to Islam as a “malignant cancer”.

Jeff Sessions, Trump’s nominee for attorney general, referred to Islam as a “toxic ideology”. Michael Pompeo, picked to lead the CIA, stated that Muslim American leaders that do not explicitly denounce acts of terror – both in the US and beyond – are “potentially complicit”.

One would think that Trump’s brazen Islamophobia would shrink the pool of Muslim American informants and interlocutors that could carry his counter-radicalisation programme forward. However, several of the organisations awarded large grants by the Obama administration, with reach into vulnerable Muslim American communities, are financially bound to carry their counter-radicalisation initiatives under President Trump.

Such programming will expose Muslim Americans to the heightened suspicion and hardline policing that Trump is sure to streamline in the coming months.

Muslim organisations that have received CVE funding have capitalised on their community’s ignorance of counter-radicalisation for cash and have endorsed the state baseline that radicalisation is specific to Muslims.

Looking forward, unless these organisations divest themselves of the CVE grants, they are functionally carrying out the Trump administration’s counterterror vision. Until such divestment occurs, community members must not engage with or provide support to these organisations.

The continuous association of Muslim organisations with CVE signals the existence of elements within the broader Muslim-American landscape that will trade off the best interests of the community for their own, and collaborate with the most nefarious administration for cash.

As Trump’s counter-radicalisation programme takes shape, displays of solidarity with Muslims will be most needed within Muslim-American communities: in mosques, community centres, student organisations, and households, where the threat of counter-radicalisation will descend with unprecedented intrusion and unseen ferocity.

Khaled A Beydoun is an assistant professor of law at the Barry University Dwayne O Andreas School of Law. He is a native of Detroit.