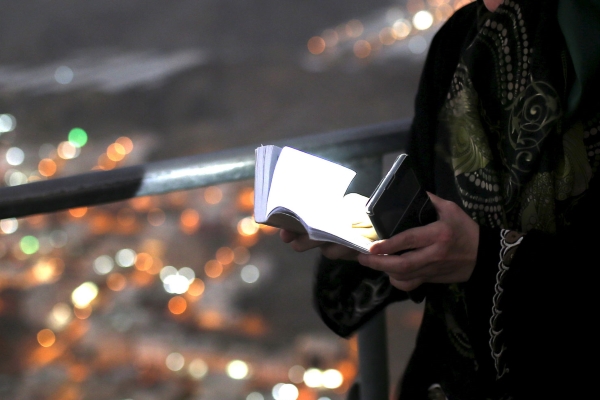 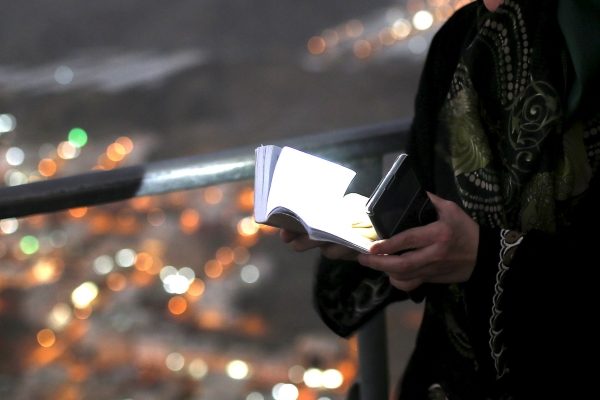 The Qur’an is God’s greatest gift to the people of the End of Time. It is the textbook of the learning centre of the world that is filled with divine trial and examination and is God’s last message and final call to humanity.

Allah Almighty bestowed the Qur’an upon us so that we may comprehend the reason for our creation, lead our lives as befits human honour and dignity, acquire moral excellence, become familiar with the manifestations of Divine power and majesty in the universe and in order for us to ultimately attain happiness in two worlds. That is to say, the Qur’an is the greatest of all blessing, honour and distinction which Allah Almighty has conferred upon us His servants.

As stated in a Qur’anic verse:

“O humankind! There has come to you an instruction from your Lord, and a cure for what (of sickness or doubt) is in the breasts, and guidance and mercy for the believers.” (10:57)

The Qur’an is a letter of Divine guidance and happiness sent to all humanity.

– It is an eternal source of effusive grace imparting peace to the spirit.

– It is a miracle of speech to remain until the Last Day.

– Similarly, it is an unrivalled Divine edict transforming a fear of death into the fervour of eternal union.

Endless Miracles in Every Letter

The Qur’an is an expression of the Divine Will. An endless number of miracles are hidden in its each and every letter. Whoever is closer to the Qur’an is closer to Allah. Whoever is close to Allah attains insight into the wisdom and mysteries of the Qur’an, deepens in reflection and leads a life of piety and God-consciousness. And to one who leads a life of piety and righteousness Allah teaches what is beyond the lines. A verse of the Qur’an reads:

“…(Always) act in due reverence for Allah and try to attain piety. Allah teaches you (whatever you need in life, and the way you must follow in every matter)…” (2:282)

Treasure Trove of Mystery and Wisdom

The Qur’an is a magnificent gate opening onto the profundities of the realm of reflection. It is the language of the heavens and the earth. It is a treasure trove of Divine mystery and wisdom granting cure for bleeding spirits and ease for weary hearts.

The Prosperity of Preoccupation with the Qur’an

When the Messenger of Allah, may Allah bless him and grant him peace, entered the mosque one day, he encountered two groups seated in two separate circles. One of these groups was reading the Qur’an and turning to Allah Almighty in entreaty, while the other was engaged in teaching and learning. Upon seeing this, the Noble Messenger, upon him be blessings and peace, said:

“‘Both these groups are (upon the path of) good (and righteousness). This group is reciting the Qur’an and making supplication to Allah, and if He wills He will give to them, and if He wills He will withhold from them. And these people are engaged in learning and teaching. I have but been sent as a teacher.” Then he sat down with the latter. (Ibn Maja, Muqaddima, 17)

Every Verse an Invitation to Reflect

By inviting the human being – from its first verse to its last – to constant reflection, the Qur’an, an inimitable directory of guidance and happiness, demands them to contemplate the wisdom in their creation, the wondrous order in the universe and the Qur’an’s being a miracle of speech and expression. Again, the Qur’an warns human beings through such statements as, “Will you not, then, reason and understand?” “Will you not, then, reflect?” “Will you not reflect and be mindful?” Consequently, every human being who aspires to lead a life befitting human honour and dignity and to acquire spiritual profundity is obligated to enter this world of reflection governed by the Qur’an.

The Most Fertile Soil

There are such sacred seeds of predisposition planted by the Divine Hand of Power within the spiritual make up of the human being, that these seeds await the effusive grace of belief and the Qur’an in order to exhibit the hues and beauty of spring.

The spiritual perception and truths reached as a result of the reflection and feeling within human beings received from the Qur’an are of a magnificence equal to or surpassing that of the magnificent splendour displayed by the transformation of minuscule seed into a huge sycamore by means of fertile soil.

The Messenger of Allah, upon him be peace and blessings, says:

“I leave for you two things of value in trust. You will not go astray so long as you hold fast to them. One of them is weightier than the other: the Book of Allah, the Qur’an, a rope extending from the heavens to the earth, and my family – the members of my household…” (Tirmidhi, Manaqib, 31/3788)

Allah Almighty has communicated the prescription for humanity to lead lives befitting human dignity and honour in the Qur’an, which comprises the lofty character of the Messenger of Allah.

– The cure for the temporal and carnal passions wreaking havoc on the human being is to be found in the Qur’an.

– The protection against the immodesty causing the human being to stoop to a level than that of animals is to be found in the Qur’an.

– The delicate balance preventing a sense of justice from turning into persecution is to be found in the Qur’an.

In short, the most acceptable response to the needs of all humanity from the lowest echelon to the highest, across time and space, is again to be found in the Qur’an.

If you found this excerpt to be of benefit consider reading the entire article here.