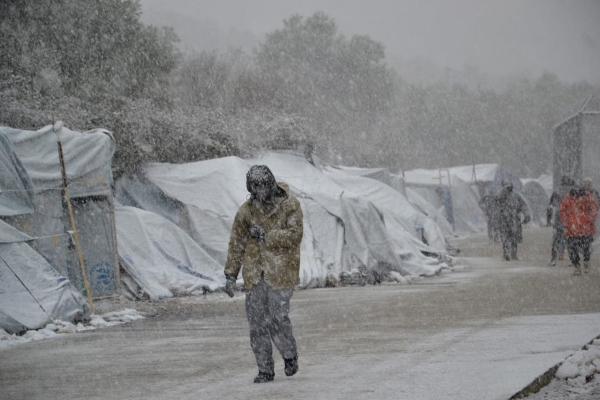 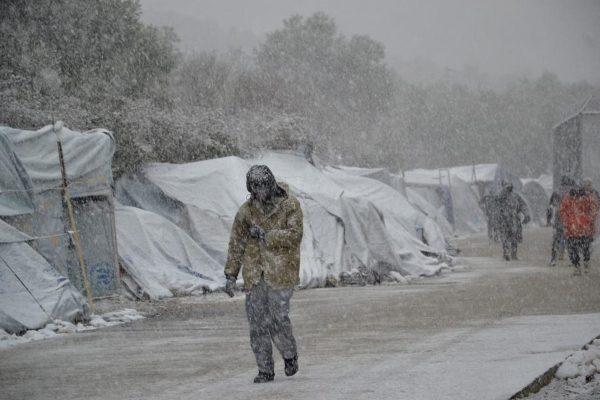 The lowest temperatures in decades and a blanket of heavy snow in parts of the Balkans, Greece, and Eastern Europe are causing dozens of deaths, power outages, and travel delays.

Authorities have blamed at least 73 deaths on the extreme weather, the coldest since 1963, including at least 15 people who froze to death in the Balkans this week — four elderly men in Bosnia-Herzegovina, six people in Serbia, two homeless men in Kosovo, and an elderly woman and two homeless men in Macedonia.

With nighttime temperatures dropping below minus 20 degrees Celsius, aid agencies warned on January 11 that homeless people and migrants are among the most vulnerable to the extreme cold, with dozens having died already.

The Missing Migrants Project, set up by the United Nations migration agency, has recorded 11 deaths in the Mediterranean region since the start of the year from hypothermia.

The agency said it was particularly concerned about more than 15,500 migrants and asylum seekers housed in camps without adequate facilities on the Greek islands, including many in places that have experienced heavy snowfall this week.

More than 7,500 people are also stranded in freezing conditions in Serbia, including dozens trapped near the Hungarian border.

“The situation is getting increasingly desperate as thousands are exposed to freezing conditions,” Help Refugees co-founder Josie Naughton told Reuters.

Serbian authorities on January 11 urged all migrants to move to asylum centers during the cold spell. Hundreds of migrants have remained in makeshift shelters or have occupied abandoned warehouses and train wagons in Belgrade.

The Serbian government’s refugee agency said that around 400 people had agreed to move off the streets since the weather worsened last week. It said no women and children were currently sleeping in parks or unofficial shelters.

But the Save the Children charity said about 1,500 migrants, including hundreds of unaccompanied children as young as 10, were sleeping in abandoned buildings.

Andreas Ring, Save the Children’s Balkans representative, said the European Union had a duty to ensure safety for the migrants.

“The EU’s failure to respond is leaving thousands of refugees and migrants, including unaccompanied children, literally out in the cold,” she said.

Authorities say many migrants are reluctant to seek help, fearing they will be detained or blocked from moving on to Western Europe.

Greece sent a tank-landing ship to the island of Lesbos that is capable of housing about 500 refugees and migrants now living in camps where medical groups said conditions were “inhuman.”

Schools were closed in Lesbos and the worst-affected areas of Serbia and Romania. Moldova border police temporarily closed seven border-crossing points with Ukraine because of heavy snowfall.

In Romania, blizzards closed more than 130 roads and caused huge delays and cancellations on the railways.

Swaths of northern and eastern Bulgaria were paralyzed by snowdrifts that blocked roads and left more than 100 towns and villages without electricity. The main highway linking the capital, Sofia, with the Black Sea port of Burgas was closed.

Bulgarian soldiers used heavy machinery to clear major roads, rescue stranded people and supply remote villages with food and water. The Energy Ministry said that it had turned down emergency requests for power from neighboring Greece and Turkey to avoid having to ration electricity for domestic customers.