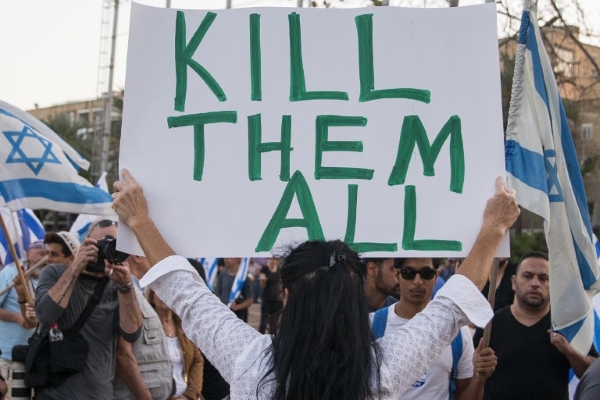 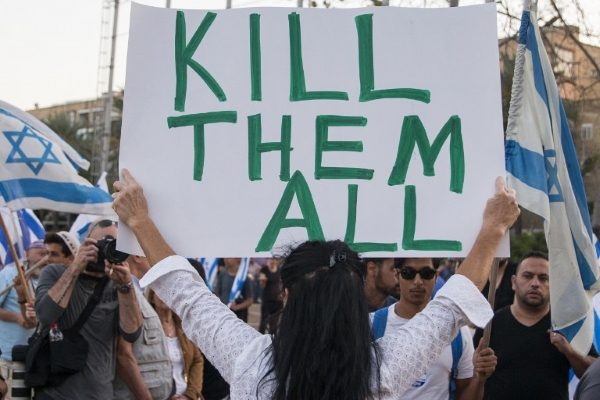 Police in Israel have arrested two people accused of inciting violence against judges who convicted a young soldier of manslaughter for shooting dead a wounded Palestinian attacker, Reuters reports.

The military court’s decision to convict Sgt Elor Azaria on Wednesday, January 4 has sharply divided opinion, with some threatening the judges online.

The three judges who ruled on the case have been given a security detail.

Prime Minister Benjamin Netanyahu has backed calls for a pardon for Azaria.

Police arrested a man in Jerusalem and a woman in the southern town of Kiryat Gat whose social media posts amounted to “incitement to violence” against the judges, Reuters news agency quoted police spokesman Micky Rosenfeld as saying.

“Take a grenade and blow up the judge and scatter all of her parts in different places, let the dogs eat her,” the 22-year-old woman allegedly wrote on Facebook, Israeli media reports say.

The post refers to the head of the judges’ panel, Col Maya Heller, who has borne the brunt of the online backlash.

The second suspect, a 54-year-old man from Jerusalem, is alleged to have written “Col. Maya Heller will not finisher her year” in a post condemning the verdict.

The female suspect was released after questioning and banned from posting on Facebook for 30 days, the Jerusalem Post reports.

Other posts on social media depict the judges with Hitler moustaches. Several images in support of Azaria have been posted online alongside guns and military uniforms, with one sign reading: “Elor goes to prison – we all go to prison.”

The family of Elor Azaria have distanced themselves from social media posts threatening the judges with violence, issuing a statement saying they “completely condemn them”, according to Ynetnews.

Elor Azaria was 19 when he shot Abdul Fatah al-Sharif, 21, in the head while he was lying immobile on a road in Hebron in the occupied West Bank on 24 March.

Sharif and another 21-year-old Palestinian, Ramzi Aziz al-Qasrawi, stabbed and wounded an Israeli soldier before troops opened fire on them, wounding Sharif and killing Qasrawi.

A soldier, identified as Azaria, is then seen cocking his rifle and fatally shooting Sharif in the head from several metres away.

The military court dismissed the soldier’s argument that the Palestinian still posed a danger.

The shooting happened during a wave of knife, gun and vehicle ramming attacks by Palestinians or Israeli Arabs in Israel and the West Bank that has killed at least 42 people since September 2015, according to the Israeli authorities.

The conviction has polarised Israel and sparked a fierce campaign in support of Azaria.

A poll by Israel’s Channel 2 on Wednesday found that 67% of respondents favoured a pardon for the soldier.