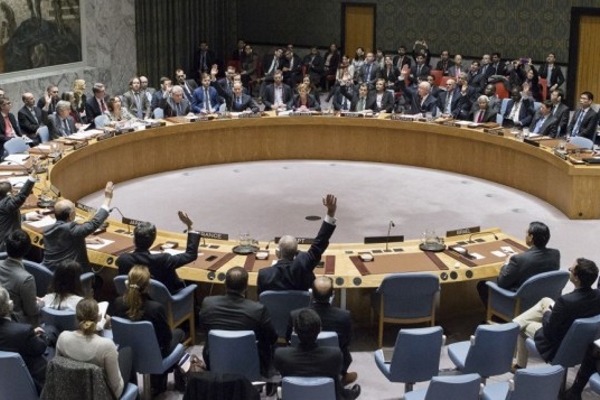 The move came at Prime Minister Benjamin Netanyahu‘s request, one day after he summoned 10 of the nations’ ambassadors to Jerusalem to personally reprimand them for the vote.

Foreign ministers and ambassadors from Britain, France, Russia, China, Japan, Ukraine, Angola, Egypt, Uruguay, Spain, Senegal and New Zealand will not be received at Israel’s Foreign Ministry amid the suspension, the Times of Israel reported. They will also not be granted an audience with Netanyahu.

The US abstained from the unexpected UN vote on Friday, December 23, which has further increased tensions between Netanyahu and President Obama stemming from the US-led nuclear negotiations with Iran and Obama’s longstanding opposition to Israel’s settlement policy.

Netanyahu called the US’ refusal to veto the resolution “shameful” and “underhanded,” and on Sunday held a public cabinet meeting where he accused Obama of conspiring with Palestine to craft the resolution and bring it to a vote at the UN.

“According to our information, we have no doubt the Obama administration initiated it (the resolution), stood behind it, coordinated the wording and demanded it be passed,” Netanyahu said.

The White House has denied that allegation, reiterating that it allowed the resolution to pass — instead of wielding its veto power — because it is concerned that Israel’s settlement construction in territory occupied by Palestinians is not conducive to negotiations over a two-state solution.

Explaining her decision to abstain from the vote, the US’ ambassador to the UN Samantha Power said the “US has been sending the message that the settlements must stop, privately and publicly, for five decades,” and that allowing its passage “is in line with bipartisan US policy.”

She added that the US is still committed to Israel’s security and working toward a two-state solution with Palestine.

Palestinians say the West Bank and East Jerusalem should be part of their future state, but nearly 600,000 Israelis have settled there in what the Palestinians say is an illegal occupation of their territory.

Palestine’s ambassador to the UN said that the vote “will alleviate the suffering of our people,” and that “our appeals [to stop the settlements] have been calls for the council to contribute” to long-term peace in the region and in the world. He said “urgent efforts are needed” to hold Israel accountable for its settlement expansion.

The last time the 15-member UN Security Council adopted a resolution on Israeli settlements was 36 years ago. The chamber broke into spontaneous applause after the resolution was passed, with 14 members voting “yes” and only the US abstaining.

The resolution “condemned all measures aimed at altering the demographic composition, character, and status of the Palestinian territory, occupied since 1967, including East Jerusalem,” and requested the UN secretary-general “to report to the council every three months on the implementation of the provisions of the present resolution.”

“Over decades American administrations and Israeli governments disagreed about settlements, but we agreed that the security council was not the place to resolve this issue,” Netanyahu said during his weekly cabinet meeting on Sunday.

“We knew that going there would make negotiations harder and drive peace farther away. As I told John Kerry on Thursday, ‘Friends don’t take friends to the Security Council.'”