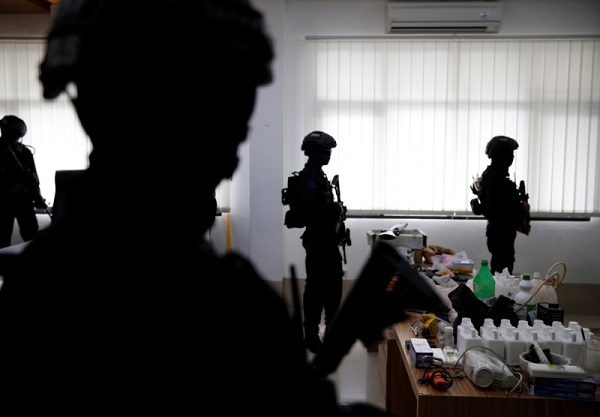 By: Tom Allard and Kanupriya Kapoor

JAKARTA (Reuters) – As the world battles a spike in assaults and plots by Islamist militants, Indonesia’s anti-terrorism unit is drawing praise for stemming a wave of bloody attacks in the sprawling Muslim-majority nation.

Indonesia has foiled at least 15 attacks this year alone and made more than 150 arrests, disrupting plots ranging from suicide attacks in Jakarta to a rocket attack from Indonesia’s Batam island targeting Singapore.

Going back to 2010, a Reuters analysis of data shows the elite unit, Special Detachment 88 (Densus 88), has prevented at last 54 plots or attacks in the nation of 250 million people, the world’s fourth largest.

“Densus 88 has become better than pretty well any other counter-terrorism group in the world,” said Greg Barton, a terrorism export and research professor in Global Islamic Politics at Alfred Deakin Institute in Melbourne.

“They have had an incredible workload and they have become remarkably good at what they do.”

In the last six years, there has been only one major attack in Indonesia that caused civilian deaths, when assailants hit a Jakarta mall and police post with gunfire and bombs, resulting in the deaths of three Indonesians and a dual Algerian-Canadian national. All four attackers were also killed in the January 2016 attack.

Between 2002 to 2009, there were nine major attacks by militants, leaving 295 dead and hundreds of others wounded.

Since its formation in 2002, the unit has put a premium on clandestine intelligence gathering. Now much of that intelligence work is done online, by infiltrating and monitoring chat rooms, social media and messaging apps popular with militants.

“We built our organization to learn from the enemy,” said a senior counter-terrorism officer who provided some insight into the working of the unit but spoke on condition of anonymity.

Created in the aftermath of the deadly 2002 Bali bombings that killed more than 200 people, Densus 88 has about 400 to 500 members, state-of-the-art weaponry and training, said another official. It has received more than $200 million of funding from Western allies such as Australia and the United States.

The unit is headed by a task force, a core of 30 or so senior members, said the Indonesian law enforcement source.

“Many of them possess doctorates and have specialties like psychology and social behavior,” the source added. “They are not like regular police.”

The black clad, heavily armed members of Densus 88 sometimes seen during raids on suspected militant hideouts make up a small proportion of the unit, officials say.

Far more personnel are dedicated to gathering intelligence  in the field and monitoring communications and online activity. There is also a large team of investigators analyzing that intelligence and forensically examining explosives and other evidence.

Sidney Jones, the director of Institute for Policy Aanalysis of Conflict (IPAC), said the key to Densus 88’s success lies in its intelligence gathering.

“They know the radical networks and have a good set of informers,” she said.  “It is unparalleled in terms of its ability to understand the sources of possible threats.”

Densus 88 has long been accused by human rights groups of abuses, including beatings of alleged separatists and Islamist suspects.

Indonesia’s National Human Rights Commission has identified 121 terrorism suspects who have died in custody since 2007 but the police routinely deny using torture or inappropriate force in interrogation.

Amnesty International said earlier this year there was an “endemic culture of impunity” in Indonesia’s police service and a need for an investigation into the “torture” of suspects by Densus 88.

However, Barton said the unit has adopted a unique, “strategic” approach to interrogations that aids intelligence gathering.

Suspects were kept at police stations rather than in jails and allowed to meet their families.

“They sit down and listen to their story,” Barton said. “They get them talking and that’s an effective way of getting intelligence.”

Despite Densus 88’s recent successes, the worry is that the militant threat to Indonesia is mounting as Islamic State fighters return battle-hardened from Syria and Iraq. The ultra-radical group also commands support from some Indonesians who have stayed at home.

About 800 Indonesians have traveled to Syria to join  Islamic State and 169 have been stopped en route and deported, according to Indonesia’s national counter-terrorism agency.

In the past two months alone, there have been 40 arrests, and at least six attacks foiled, according to the Reuters study, which collated data with the assistance of IPAC staff. At least two of the attacks were planned for New Year’s Eve, police said.

Many of these plots have been linked to Islamic State, with police alleging they were inspired, if not directed, by Bahrun Naim, an Indonesian militant who fled to Syria about two years ago.

“These new homegrown terrorists and the local jihadists have never gone abroad. But with the advent of the Internet age and technologies like social media, it’s easier to make bombs and explosives to do operations,” said the law enforcement source.

Authorities remain deeply worried about an attack during the holiday season.

In the longer term, the worry is the possible return of hardened Islamic State fighters like Naim to the region.

“They will be a different type of terrorist and the police are going to have a lot more problems,” said Indonesian analyst Rakyan Adibrata.