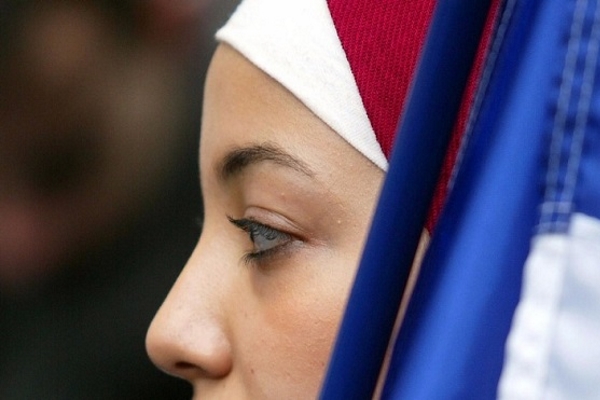 “O ye who believe! stand out firmly for justice, as witnesses to Allah, even as against yourselves, or your parents, or your kin, and whether it be (against) rich or poor: for Allah can best protect both. Follow not the lusts (of your hearts), lest ye swerve, and if ye distort (justice) or decline to do justice, verily Allah is well-acquainted with all that ye do.” (Quran 4:135)

An international study by polling firm Ipsos reveals that in many countries non-Muslim populations significantly over-estimate the proportion of Muslims in those countries.

The gap between average citizens’ guesses and official estimates is similar when it comes to projected growth of those Muslim populations as well.

The study also showed a global trend to underestimate Donald Trump. Only Russia, Serbia and China had majorities that anticipated Trump becoming the next US president when asked a month ahead of the election.

Yet there are other implications of the findings beyond a simple disconnect between popular perception and official estimates.

David Elliott, an analyst for Ipsos, noted with concern that the research suggests people’s estimations are most inaccurate on topics that are widely covered by the media.

“The huge overestimation of current and future proportions of our population that are Muslims is a classic example of this,” he said according to the SMH article.

In this age of fear and misinformation such findings raise important questions for Muslims starting with the question of the role and even competence of the media in a globalized marketplace of information.

One need not look far  to find examples of the media beating the drums of fear. More recent stories like this one claim that in the US “some imams across the country are saying it’s OK to take the hijab off” yet there is no substantiation whatsoever of that claim beyond a reported call to that effect by a single obscure individual at Duke university. Other outlets then take that story and amplify the claim further as can be seen here where it is said, based on the previously cited article, that “imams across the country have ratified that decision, telling female worshippers that they can leave the traditional head scarf” thus promoting a post 9/11-like atmosphere of fear.

Furthermore, both articles feature Imam Omar Suleiman’s name prominently as if to suggest that he, who is by no means an obscure figure, has something to do with the supposed call to leave aside the hijab when nothing could be farther from the truth.

Putting aside any supposed moral imperative to “validate feelings”, the facts still matter. Can we really say that such alarmist headlines, isolated anecdotes, and unsubstantiated suggestions and claims, whether about hate crimes or hijabs, constitute evidence of a situation so dire as to justify such drastic measures? There are after all situations, in other parts of the world, where Muslims are quite literally being targeted for extermination yet the hijab remains as visible as ever.

This kind of reporting is not uncharacteristic and I suspect that it plays an important role in the distorted perceptions highlighted in the Ipsos study. Yet it seems such coverage goes unchallenged by Muslims. Are we only prepared to question the media when we think its distortions are not working in our favor?

As the verse quoted at the beginning of this article makes clear, that would not be good enough.

There has been much talk of late about “fake news” outlets and a “post-truth” political environment that are supposed to have, at least in part, produced Brexit in the UK and the Trump victory the US.

But the reality may be that there is enough post-truth fakery in mainstream news. When that is combined with readerships too unwilling or unable to question and fact-check for themselves the disaster created may not only be potent enough to ruin a democracy, but as the “no hijab in a climate of fear” coverage demonstrates, it may be potent enough to ruin religious practice as well.

Even if the consequences are far less dire, it still seems clear to me, and indeed others, that it is the responsibility of consumers of information to be savvy and discerning. For Muslims that responsibility corresponds to a Divine imperative. Allah Most High says:

“O ye who believe! If a wicked person comes to you with any news, ascertain the truth, lest ye harm people unwittingly, and afterwards become full of regret for what ye have done.” (Quran 49:6)

“Ascertain the truth” before there is regret – how germane those words seem to the present climate of media induced fear and despair!

I would suggest that there are at least two important questions that this situation demands answers to: 1) When ascertaining the truth, adhering to hijab, or any other Quranic obligation is neglected, ostensibly due to fear of our fellow men, can we really expect to win unto Divine pleasure and protection? 2) What do the prevailing, media narratives across the ideological divides, and the resulting distorted perceptions of Muslims and Islam tell us about how well we are handling the responsibility of da’wa – the imperative to communicate the Prophet’s (Allah bless him and grant him peace) to those around us?

These are tough questions that perhaps most of us are not even in a position to address, at least not at the community level. But even if we don’t have all the answers we can still resolve as individuals to uphold our religious obligations be they connected to rituals, decorum, or da’wa. We can insist on the facts and challenge the myths even if only by asking for the source of that viral email that seems to do nothing but offer fear without solutions. We can share resources that teach how to be savvy consumers of information. We can volunteer our skills to those who seek to propagate the faith; secure the rights of Muslims; and/or to build bridges with the wider community.

In short, we can and should reject inaction for fear of men in favor of action for fear of God. When we do that, no media establishment or rising demagogue will be able to prevent the Divine good that will inevitably follow.