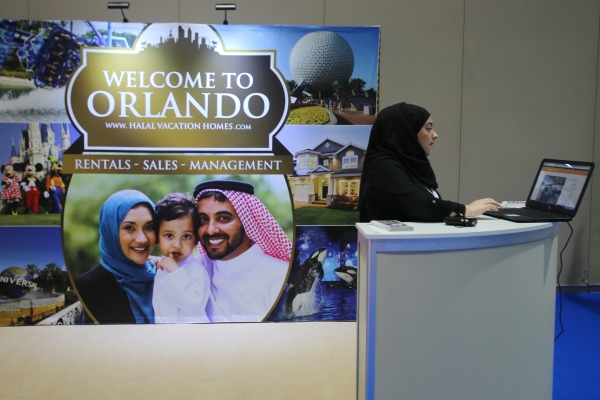 If the United States is on a Muslim’s bucket list should he visit the US before the inaugural of President Donald J Trump on  January 20 2017? Media reports and the proclivities of key cabinet members seem to suggest that Muslims may not be able to visit the US any more. But is this another media frenzy being pushed by the talking heads who said that Trump did not have a chance to win?

Let us look at the ground realities. Last year 1.3 million visitors from the Middle East went to the United States and spent north of $8.5 billion. That roughly translates to $6,700 per visitor. In contrast, European tourists spent $3,600 per visitor. Middle East tourists to the US are outspending Europeans by 84%.

Can a businessman like Donald Trump who is vested in the hospitality business ignore his customers? And we haven’t even added the additional $25 billion spent by Muslim visitors to the US from outside the Middle East.

Just 10 days before the elections, Trump took time out from campaigning to inaugurate The Trump International Hotel in Washington DC – which is located minutes away from the White House. And guess what? Besides the Gideon Bible that is staple reading material in hotel rooms across the US, there was a note that the hotel also stocked the Quran as part of its collection of religious books. So, who is laying down the welcome mat for Muslim tourists?

But the damage has been done. A survey of 1 million Middle Eastern tourists by Irhal.com – an Arabic/English travel website and app – shows that travelers from the Middle East are now wary of going to the United States for a holiday. With threats of banning Muslims and increased hate crimes against minorities, Arab travelers are now looking at alternative destinations for their winter vacation.

If only 15,000 tourists from the Middle East decide against traveling to the US this winter there will be a drop of $100 million in tourism revenue for the United States. This will affect not only hotels and restaurants but will also have an impact on theme parks, taxis and even bellhops. The UN World Tourism Organization statistics reveal that one out of 11 jobs in the world depend on tourism.

No US city is currently in the top 10 destinations that Irhal’s 1.5 million users wish to visit. Los Angeles, which was No. 8 last year, has now dropped to No.20. A post election analysis of Irhal visitor behavior shows that Nairobi, Athens, The Maldives and New Delhi are likely to see a surge in winter travelers from the Middle East.

If Muslim tourists stay away from the United States there could be a double whammy. Middle Eastern airlines that have placed billions of dollars worth of orders with Boeing may have to scale back their orders putting a large number of US jobs on the line. Flights to and from the US will be reduced and the US economy will suffer.

And we haven’t even touched on the subject of Middle East investment in the US. Sovereign Wealth Funds of Saudi Arabia and the UAE have invested hundreds of billions of dollars in the US. If Muslims become no longer welcome, their investments may also exit the country. This will have a much larger negative impact on the US economy than Muslim tourism.

So, what will a deft businessman like Donald Trump do? Make some noise to tell his voters that he is taking the right steps to curb terrorism but also ensure that business remains as usual. He has already admonished his supporters to stop hate crimes. Reaching out to minorities will help improve relations.

Irfan Ahmad is CEO of Irhal.com a leading Arabic/English Halal travel website and mobile app with over 1.5 million users across the Middle East. Irhal has city guides for 90+ cities that include information on tourist attractions, shopping and hotels as well as GPS enabled maps showing Halal restaurants, mosques and prayer timings for each city.