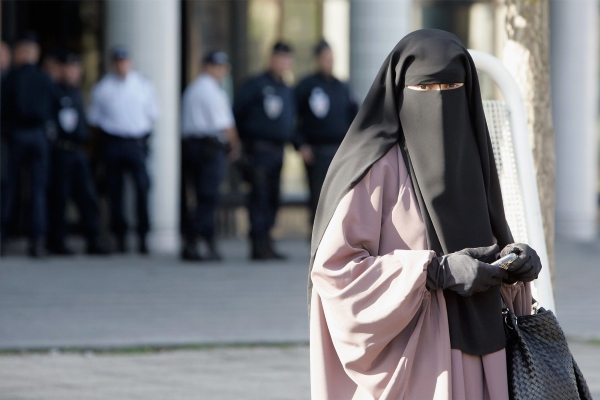 “It’s like that poem: ‘First they came for the Jews and I did nothing, then they came for me, and there was no one to speak for me’. Mum’s at home crying and it’s like, first they came for the burqas, and what’s next? Any woman wearing a headscarf? Any woman with brown skin?” Nada, a 21-year-old Dutch Muslim university student, is talking about the Dutch government’s decision to partially ban the burqa in public spaces. The ban still needs to be approved by the Dutch Senate before it will become law but, with 132 out of 150 MPs voting in favour of the bill, it is expected to pass easily.

The Netherlands is not the only European country to place restrictions on Islamic veils: France, Belgium and some parts of Switzerland all impose fines on women who wear full-face veils in public spaces. 2016 saw the Bulgarian government bring in a similar ban and threaten women who wore the burqa or nijab with benefit sanctions and a recent YouGov poll found that 57 per cent of the British public wants a similar ban in the UK.

Dutch Prime Minister Mark Rutte told journalists that the bill “does not have any religious background”. Rutte pointed out that helmets and ski masks will also be banned and claimed that the ban will only apply in specific situations where “it is essential for people to be seen [and] for security reasons”.

Despite Rutte’s claims, the bill’s campaigners have focused on the apparent dangers of women wearing veils. Supporters of the bill include Geert Wilders, a high-profile Dutch politician who is currently on trial for hate speech against Dutch Moroccans, has claimed to hate Islam and said publicly that “not all Muslims are terrorists, but almost all terrorists are Muslims.”

This is the kind of stunted logic that fuels burqa bans. Politicians like Wilders present the public with a very limited view of what constitutes terrorism (ignoring all the terrorists acts committed by radicalised Christians) while disregarding attempts by Muslim communities to protect their children from radicalisation and distance themselves from terrorist groups.

Nada and Hind, her cousin and fellow university student, do not wear burqas or niqabs, but they do wear hijabs – headscarves that cover their hair and necks. Both girls choose to wear the hijab for religious reasons and Hind says that if they were banned she would feel unable to go out in public: “It’s a sign of respect. If I had to go out without my scarf I’d feel exposed and like I wasn’t being respectful. We’ve got family in France and the mum of the family is scared to go out. She only feels comfortable in her burqa and now she feels like a prisoner in her own home.”

Research into the impact of burqa bans confirms Hind’s fear: Muslim women report feeling increasingly isolated and the bans have been linked by French Muslims to radicalisation within their communities. Of course, there is a distinct irony in this, considering these bans are supposedly intended to halt the spread of radicalisation and terrorism.

The belief that public officials have the right to control women’s appearances is becoming more popular, from victim-blaming dress codes in public schools through to French police forcing a woman to undress in public for wearing the wrong kind of swimming costume.

Meanwhile, politicians ignore Muslim voices like Nada, who says: “I feel attacked – they’ll find a reason to ban burqas and then headscarfs until they don’t even need to justify attacking Muslims’ rights.”

Although Muslims are clearly the target of these bans, there is something deeply unsettling about living in a country where the government will legislate about what women – any women – wear. As Nada waves goodbye she points to my high-necked woollen hood (it’s cooler than it sounds) and calls: “You’re wearing a woolly hijab! Better watch out!”

Nada and Hind’s names have been changed.