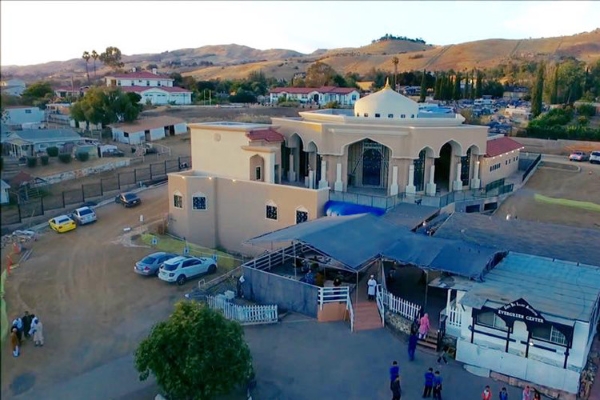 Three mosques in California were sent anonymous hate-mail warning them that Donald Trump would “cleanse” Muslims from the US the same way “Hitler did to the Jews.”

The abusive letters have sparked new fears among Muslims, the Council on American-Islamic Relations (CAIR) said.

The Muslim advocacy group called for “stepped-up” police protection of mosques after identical letters were sent to three mosques, calling for the genocide of Muslims earlier this week.

“This hate campaign targeting California houses of worship must be investigated as an act of religious intimidation, and our state’s leaders should speak out against the growing anti-Muslim bigotry that leads to such incidents,” CAIR-LA Executive Director Hussam Ayloush said.

The Islamic centers of Long Beach and Claremont, along with the Evergreen Islamic Center in San Jose, were sent the letters.

“There’s a new sherriff [sic] in town – President Donald Trump,” part of the letter read. “He’s going to cleanse America and make it shine again. And, he’s going to start with you Muslims.”

The letter ended with: “Long live President Trump and God bless the USA!”

CAIR said there have been over 100 anti-Muslim incidents across America since the US election on November 8, and hundreds of reports of hate crimes against various minority groups were recorded by the Southern Poverty Law Center in recent weeks.

The body said it is considering alerting the FBI.

In a statement, the San Jose Police Department said that a unit dealing with hate crime will investigate the incident, Reutersreports.

Trump’s name has repeatedly been mentioned in racist incidents since winning the presidential election.

In a recent report, the FBI said hate crimes against Muslims rose by 67 percent in 2015, the highest they’ve been since the aftermath of the 9/11 attacks.