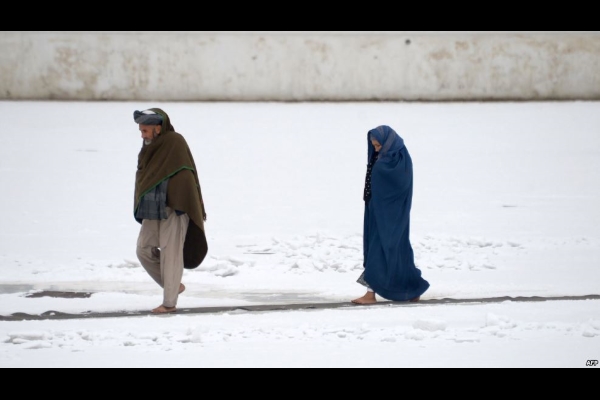 The deaths occurred in the rural Darzab district of the Jawzjan Province, district Governor Rahmatullah Hashar told RFE/RL on November 25.

Hashar said all the victims were internally displaced people who had left their villages in neighboring regions due to violence and a lack of security.

Hashar and local officials said some 100 families were currently living in harsh conditions in “mosques and open spaces” in remote mountainous areas, with no access to medical facilities.

Darzab officials say the road linking the area with the provincial capital, Sheberghan, has been cut off by the Taliban. Authorities say they are waiting for the weather to clear up before delivering aid by air.

Provincial Governor Lutfullah Azizi has called on the local residents to offer shelter to the displaced in Jawzjan.

With reporting by AP