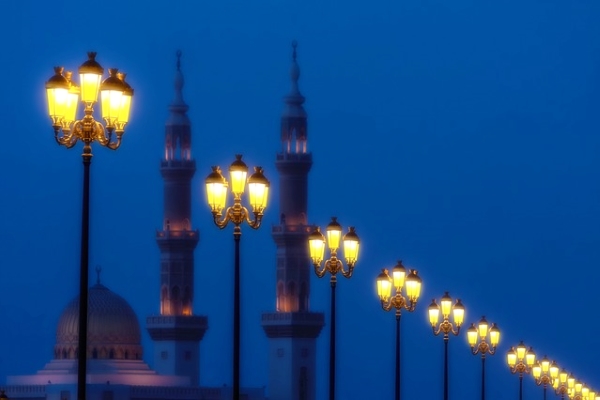 Muhammad bin. Abī Mansūr reported to me from…[1], that Anas bin. Mālik (may Allah be pleased with him) said that the Messenger of Allah (Allah’s peace be upon him) said, “Seeking knowledge is obligatory upon every Muslim.”

Alī bin. Al-Fadl said that Ibn Abī Dawūd said, “I heard my father [Abū Dawūd] say, ‘There is no other chain of narration regarding this hadith sounder than this [chain]’ “[2].

The correct view is that it is the knowledge concerning how a servant is to behave in respect to his Lord. The behavior in which he is legally responsible are of three kinds:

3) Matters concerning his abstaining from actions

Thus when a child reaches the age of puberty, then the first thing that is obligatory upon him is knowledge concerning the testimony of faith and its meaning, even if that is not done discursively or with proof, for verily the Messenger of Allah (Allah’s peace be upon him) was content with the confirmation of the Bedouin Arabians without teaching them discursive-reasoning and proofs. This however, was the obligation at that moment, but thereafter it is obligatory on him to know the discursive-reasoning and proofs which bring him towards knowing Allah Most High.

As for those things that should be abstained from, [then it obligatory on him to learn] in accordance to the need or circumstance. Thus, it is not obligatory on the blind to learn the rules that apply to the prohibition of looking [namely, lowering the gaze as and what is permissible to look at], and likewise, the speech-impaired are not obligated to learn what is prohibited in regards to speaking. Furthermore, if a person is in a land where intoxicants are given, and silk is wore than it is obligatory on him to know the prohibition concerning them.

As for belief, it is obligatory on him to know in accordance to whatever notions/ideas dawn upon him. Thus, if a doubt were to dawn upon his mind concerning the meaning of the testimony of faith, then it becomes obligatory on him to learn that which will remove that doubt. Likewise, if he were in a land in which innovations/bid’ah were widespread, then it becomes obligatory that he be informed concerning the reality of that matter. Likewise, if a businessman were in a land in which the use of usury was widespread, then it is obligatory upon him to learn the prohibitions that apply to usury.

[1] Here, Ibn Al-Jawzī (may Allah grant him mercy) mentioned a long chain of transmitters, which I did not translate for the sake of brevity.

[2] Here, Ibn Al-Jawzī is not necessarily saying the hadith is rigorously authentic/sahīh but rather that when looking at the different chains of narrations, this chain proves to be the strongest of them all. This term is used amongst the scholars of hadith, as Imam Al-Tirmidhī (may Allah grant him mercy) often does in his Al-Jām’i. As for the degree of this hadith, amongst the scholars of hadith each individual chain of this narration has some weakness in it, but since there are numerous chains of transmission it upgrades to the level of hasan, which is a lesser degree of soundness, and thus it is no longer considered weak. It is reported from Al-Suyutī (may Allah grant him mercy) that he said, “This hadith has been reported from a number of different chains in which bring it up to the level of hasan. My observation concludes about fifty different chains.” Lastly, hadith that are graded hasan are a valid basis for establishing a legal ruling which is why the jurists tend to cite this hadith abundantly as Ibn Al-Jawzī (may Allah grant him mercy) has here.