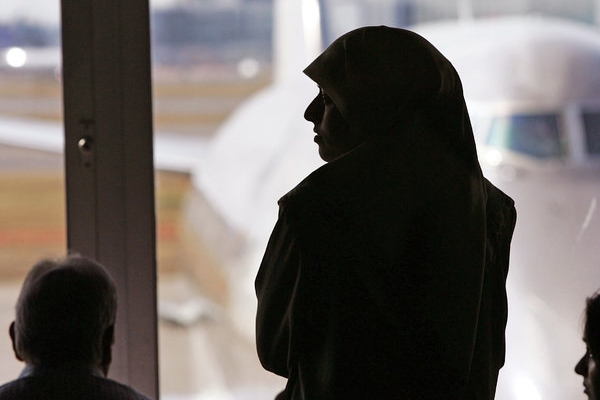 Give the U.S. Transportation Department (DOT) a participation trophy for its role in the fight against discrimination.

At a time when bias complaints are increasing and Muslims in particular feel unfairly targeted, the D.O.T. this week began highlighting data on the number of discrimination complaints the agency receives. The agency said it took the step in an effort to be more transparent.

But some attorneys for the Council on American-Islamic Relations (CAIR), while welcoming the DOT’s gesture, said it’s also not enough to combat “flying while Muslim” bias. For one thing, they say the additional data on discrimination complaints offered in this month’s Air Travel Consumer Report was always there for the asking.

More importantly, these attorneys say the federal government hasn’t done anything to limit the broad discretion given domestic airlines and their flight crews to remove passengers. Under current federal  and case law, captains and flight crews can remove a person from a flight if there is a reasonable belief they pose a safety threat. But in many instances, CAIR says, the threat was imaginary and based on suspicion of Muslims. With so much Islamophobia around the country at the moment, the advocates argue that it’s time for the federal government to specify objective criteria that airlines must consider before someone can be removed from a flight as a safety risk.

“I think it’s a step in the right direction as far as their efforts in being more transparent and making the data available,” Sana Hassan, an attorney with CAIR’s Cincinnati office, said in an interview. “But that’s something they’re required to do anyway.  . .What hasn’t happened is any real action on their part, any measures to fix this issue and make amends by making sure airlines have specific guidelines they have to follow before they can kick a passenger off a flight.”

Hassan, for example, has filed a DOT complaint on behalf of a Muslim couple who were removed from a Delta Air Lines flight in July because the woman was wearing a headscarf. The word “Allah” was overheard. Oh, and her husband was sweating as they sat through an approximately 40-minute delay.

“I’m guessing a lot of people were sweating on that flight,” Hassan said.

Another CAIR attorney said the agency’s record of enforcement against the airlines speaks for itself:  the last time the DOT’s Aviation Enforcement and Proceedings office levied a civil penalty against an airline was in 2012, despite having received 358 discrimination complaints since then.

In response, the DOT this week reiterated its commitment to enforcing civil rights laws and eliminating discrimination in air travel. Every discrimination complaint the DOT receives is investigated, an agency spokeswoman said Thursday.

“If at the conclusion of an investigation, [the DOT] finds that an airline policy or procedure is not in compliance with the law, there are a number of remedies the Department can seek, including ‎monetary fines, and requiring the airline to change its policy or procedure and conduct additional civil rights training,” a DOT spokeswoman said in an email. “The Department also has the authority to bring enforcement actions if a violation is not addressed.”

Airlines for America, which advocates for the airline industry, said its members believe DOT already has adequate enforcement tools, and not just formal consent decrees, to address discrimination complaints, a spokesman said.

“Our members do not tolerate discrimination in any form,” the A4A spokesman said in an email. He added that if the DOT should seek to revise the regulations, A4A and its airline members look forward to participating in the process.

Muslims feel particularly vulnerable right now. During one of the most divisive elections in memory, President-elect Donald Trump called for restricting immigration from Muslim countries and talked of setting up a national Muslim registry because of the terrorism threat from Islamic radicals. People have also lashed out at Muslims following major terrorist attacks by ISIS and others. The FBI reported Monday that hate crimes against Muslims rose by 67 percent in 2015.

“Our primary concern is that each and every complaint is investigated thoroughly, and the outcomes of their investigations are also shared with the public or the relevant parties,” Maya Sayed, who is an attorney at CAIR’s Washington headquarters, said in an interview. In calling for stricter standards that airlines should follow before removing a passenger, she also said it’s curious that the DOT hasn’t fined a single airline for unlawfully removing a passenger since 2012 despite receiving hundreds more complaints since then.

“So perhaps their investigation methods need to be more transparent as well,” Sayed said.

She’s right. DOT should be more open about the process. And if ever there were a time for the DOT to require airlines to follow stricter rules on removing passengers as security threats, it’s now.