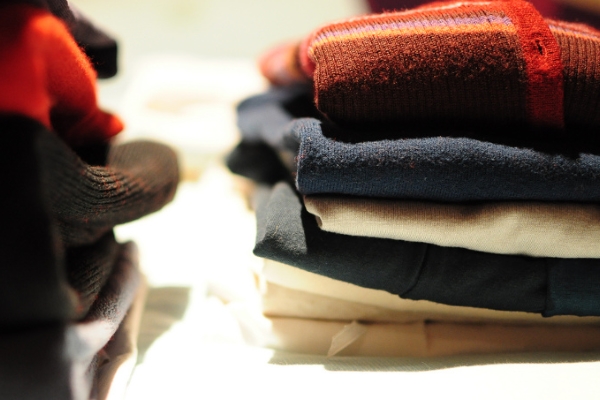 Clothing is a bounty that is exclusive to humans. No other creation enjoys such a bounty. Allah Ta’ala has made reference to this blessing in the Quran. ‘O Mankind, we have indeed granted you clothing that covers your shame and that is a means of adornment.’ (Al A’raaf, Verse: 26).

The Historians state that it was Nabi Idris (‘alayhis salam) who was the first person to sow garments of cloth. Prior to that, man used animal skin as his garb. (Al-Awaail li Suyuti pg 85)

Suppose for a moment that man had the trod the earth as an animal does, with only his skin as clothing. Imagine the shame and inconvenient it would had caused yet Almighty Allah has provided us with a huge variety of garments.

Use for the useless

As the seasons change and with the passage of time, one feels the need to acquire new clothing. At times, when new garments arrive, the old one tend to find a place in the corner of the wardrobe /closet, never to be worn again. Have we ever reflected over the agony of that person who has to endure the icy wind of winter, while we have a wide range of warm clothing lying unused? When one adopts the Sunnah of Rasulullah (sallallahu ‘alayhi wasallam), then even those ‘useless’ old clothes became ‘useful’.

What to do when we acquire new clothes?

Upon receiving new clothes, Rasulullah (sallallahu ‘alayhi wasallam) would donate his old clothes and say, ‘whoever adorns new cloths, recites the following du’a and thereafter donates his old clothing to a poor Muslim, remains in the protection, patronage and Divine veil of Almighty Allah throughout his life as well as after his demise. As long as even one thread (of the donated clothing) remains on somebody’s body’

In the narration of Sayyiduna Abdullah ibn Abbas (radiyallahu ‘anhuma) Rasulullah (sallallahu ‘alayhi wasallam) is reported to have said, ‘He who gives cloth to any destitute Muslim, remains in the security of Allah as long as a single piece remains on his body.’ (Sunan Tirmidhi, Hadith: 2484; Shu’abul Iman, Hadith: 8575)

The Narrator of the first Hadith, Sayyiduna Umar (radiyallahu ‘anhu) would annually embark on a winter warmth program. He would encourage the Muslims to keep warm and even ensure that they had sufficient woolen socks, jerseys, etc. (Lataaiful Ma’arif pg.564)

The rewards stated above are obtained by one when the destitute merely dons those garments. The reward will definitely multiply if he were to adorn those clothes whilst offering salah, observing the fast or any other virtuous deed.

With the arrival of winter, many of us may have purchased new garments to combat the weather whilst there remain out there several others who cannot afford to do so. These less fortunate ones include the innocent children, as well as weak senior citizens. Their plight is worsened further by power shortages in certain areas. This gives us an ideal opportunity of practicing this noble Sunnah of Rasulullah (sallallahu ‘alayhi wasallam).

Our duty to those around us

Furthermore, as a Muslim minority, this also affords us the opportunity to extend the warmth of Islam to the indigenous population of our country. Imagine the reward one could acquire, if through this simple deed somebody embraces Islam. If this is the reward for donating old clothes, what could be in store for one who donates new clothing? With the motive being ‘Winter Warmth’, one may even consider donating blankets, heaters, soup kitchens, etc. the potential for growth is unimaginable!