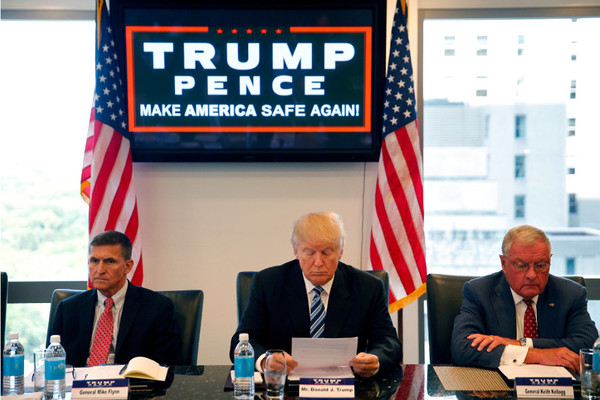 Donald Trump’s advisers are looking to tighten screenings for immigrants coming to the U.S. from “high risk” locations — but the campaign is denying a report that it wants to create a registry for people from Muslim countries.

Kansas Secretary of State Kris Kobach, a candidate to become the next attorney general, told Reuters that Trump’s policy advisers had discussed drafting a proposal for his consideration to reinstate a registry for immigrants from Muslim countries.

He said the registry would require that those coming to America from those countries register with the feds.

But Team Trump said that scenario was way off base.

“The Reuters story is irresponsible, false, and inaccurate,” said a source with knowledge of Trump’s immigration policy, “and no registry was discussed.”

The source said what Koch was describing was a program of heightened screenings using existing mechanisms.

A similar program, the National Security Entry-Exit Registration System, implemented after the terror attacks of Sept. 11, 2001, required “higher risk” males over the age of 16 to be interrogated and fingerprinted if they came from 25 countries that posed “possible national security threats.”

The program also required those in the registry to check in periodically.

Kobach, who worked in the Justice Department during the George W. Bush administration, had a hand in drafting that program.

The Department of Homeland Security disabled the program in 2011 under President Obama.

“I think what gets lost is that it was a program that was also in place under Obama. I mean, everyone who crosses our borders is logged in the system. There’s just a higher focus on individuals who comes from areas of greater concern.”

During the campaign, Trump endorsed a database of Muslims in the United States.

“I would certainly implement that. Absolutely,” said Trump at an Iowa campaign stop on Nov. 20, 2015.

He later outlined a process for “extreme vetting.”