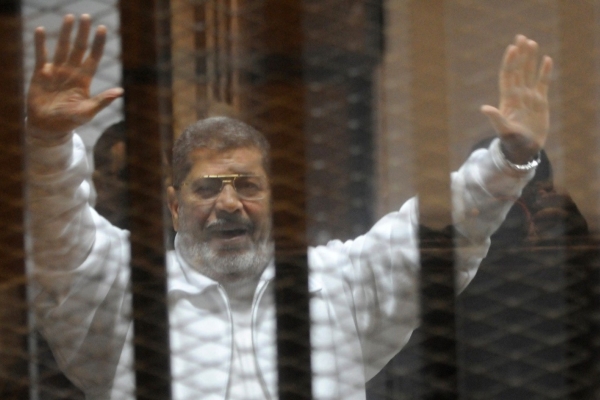 CAIRO – Egypt’s top appeals court has quashed a death sentence against former President Mohamed Morsi, along with sentences against five other top Muslim Brotherhood leaders.Morsi, Egypt’s first freely elected civilian president, was ousted in 2013 by the military – led by general-turned-president Abdel Fattah el-Sissi – following popular protests against his one-year rule. He will still have to serve lengthy sentences in separate cases.

The Court of Cassation overturned a June 2015 death sentence against Morsi in a case relating to his breaking out of prison during the country’s January 2011 revolution against long-time Egyptian leader Hosni Mubarak. Five of Morsi’s associates also had their sentences reduced in the case.

Morsi will continue to serve 20- to 40-year sentences in three cases. The most serious involves the alleged transmitting of secret government documents to the Arab Gulf state of Qatar. Qatar was an ally and supporter of the former president and the Muslim Brotherhood group.

Abdel Moneim Abdel Maksoud, a lawyer for the now outlawed group, told the Reuters news agency that he believes the appeals court acted in a fair and impartial manner. “The ruling,” he insists, “was expected, because (the original conviction) was flawed.”

Egyptian editor and publisher Hisham Kassem tells VOA that he does not believe the ruling has any political implications and that the appeals court is not generally subject to political manipulation.

“The Cassation Court is known for its independence. The government’s ability – (under) different regimes, from Mubarak, to Morsi, to Sissi, now – their ability to manipulate these high level courts is very limited. They basically look (to see) if due process has been observed, and if not, then they order a retrial.”

Kassem believes that Morsi, while president, antagonized Egypt’s judiciary, attempting to force many judges to resign, in a bid to Islamicize the country’s courts.

Rulings, involving mass death sentences that were made after Morsi’s ouster, were often the result of ill-feelings by judges against the Muslim Brotherhood.

Some behind-the-scenes attempts to reduce tensions with the Muslim Brotherhood are under way, Kassem thinks, but he doesn’t believe that Tuesday’s court ruling is part of that effort.

“There happen to be the beginnings, the very shy beginnings of political reconciliation, but I don’t think it’s related to what we’re seeing from the courts.”

Under Sissi, the Egyptian government has sharply cracked down on Morsi’s Muslim Brotherhood. The group was once banned under Mubarak, and after Morsi’s overthrow, was declared a terrorist organization with most of its leaders arrested.

In a separate case, the court ordered the release of two sons of former President Hosni Mubarak, Ala’a and Gamal. Both men were being held over alleged financial improprieties dealing with government property.