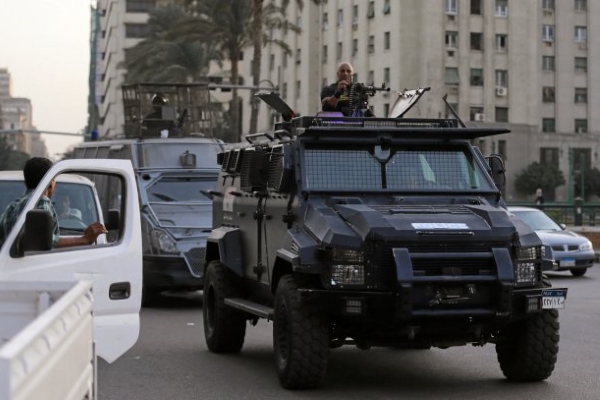 Egypt imposed a big security clampdown in its cities on Friday, November 11 as mass demonstrations called to protest against austerity measures failed to take place, according to Reuters.

Riot police and armored vehicles filled the otherwise empty streets of central Cairo, but most people stayed at home.

President Abdel Fattah al-Sisi has urged Egyptians not to protest and warned that there would be no going back on economic reforms, no matter how much pain they might cause.

In a boost for the government, the International Monetary Fund’s executive board approved a three-year, $12 billion loan to Egypt aimed at supporting the reforms, and the central bank said it received a first tranche of $2.75 billion.

A little-known group calling itself Movement of the Poor had called for Egyptians to protest on Nov. 11 against deepening austerity measures the government says are required to save the Arab world’s most populous nation from financial ruin.

But big protests failed to materialize across the country by 8:30 p.m (1830 GMT). Police dispersed several small gatherings and there were some minor clashes. No one was killed or injured.

“The Egyptian people chose stability and development and rejected any calls against that,” state television quoted Prime Minister Sherif Ismail as saying.

The calls to protest began in August, but gained traction on social media last week after Egypt raised fuel prices and floated its currency – a move welcomed by bankers but condemned by ordinary people as the latest blow to their diminishing spending power.

The usually busy Tahrir Square was deserted except for armored vehicles with tear-gas launchers and dozens of riot police. Authorities shut down the Sadat metro station to prevent potential demonstrators reaching the square, which has in the past been a center of political protest.

“I don’t think anything will happen but this security presence scares people and ensures nothing does,” said Shenouda Ishak, a driver in the Cairo district of Shubra.