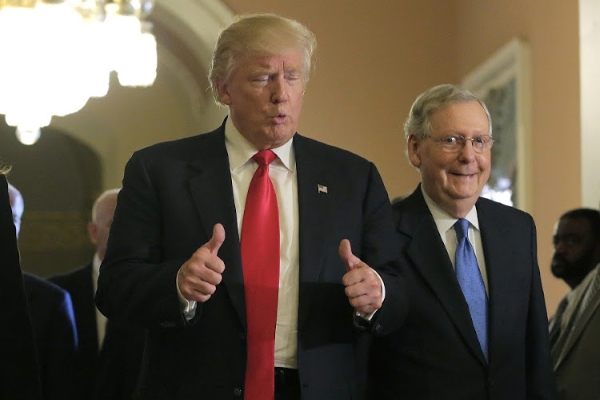 Jerusalem (AFP) – US president-elect Donald Trump pledged Friday to work for a “just, lasting peace” between Israel and the Palestinians, in his first public message on the issue since his upset victory.

“I believe that my administration can play a significant role in helping the parties to achieve a just, lasting peace,” Trump said in a message published by the Israel Hayom newspaper.

He also said that any peace deal “must be negotiated between the parties themselves, and not imposed on them by others”.

France is currently pushing for an international conference to revitalise the moribund peace process, but Israel has said it will not take part — saying any peace talks should be bilateral between the two sides.

Russia has also offered to host direct talks between the two sides that have so far yet to take place.

The Palestinians have called for international involvement, accusing Israel of reneging on past agreements.

“We followed the electoral process for over a year. What matters to us is what Mr Trump will say once he enters the White House,” he said at a press conference.

He added that he had stressed to Medvedev his willingness to hold negotiations in Russia “but the Israeli side asked to postpone it”.

Medvedev said Russia was willing to “immediately” open a dialogue between the two sides, whether under Russian or international mediation.

Israeli Prime Minister Benjamin Netanyahu and US President Barack Obama have had frosty relations for much of the past eight years, but initial indications are that Trump’s victory could see a warming of personal relations.

Netanyahu was among the first leaders Trump spoke to after his election victory, and the president-elect’s message called Israel a “beacon of hope”.

“Israel and America share so many of the same values, such as freedom of speech, freedom of worship and the importance of creating opportunities for all citizens to pursue their dreams,” Trump’s Israel Hayom message said.

“Israel is the one true democracy and defender of human rights in the Middle East and a beacon of hope to countless people.”

Israeli right-wingers have hailed Trump’s win as an opportunity to consolidate control over the occupied West Bank and annexed east Jerusalem.

He said the municipality intended to authorise thousands of housing units that had been frozen.

Education Minister Naftali Bennett, who heads the hardline Jewish Home party, said on Wednesday that the US election result meant the idea of a Palestinian state was over.