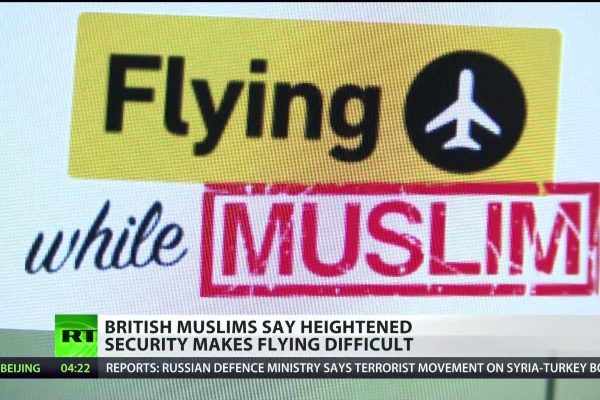 Every so often, a Muslim is removed from a flight because the person posed an imaginary threat that had more to do with Islamophobia than terrorism, the Council on American-Islamic Relations (CAIR) says.

CAIR says recent terror attacks and the debate over immigration during this year’s presidential campaign have contributed to a sharp increase in the number of such “flying while Muslim” bias incidents this year.

The civil rights organization’s attorneys then file a complaint with the U.S. Department of Transportation, asking for an investigation and potential sanctions against the airline.

But in many cases, nothing happens, CAIR attorneys say.  Passengers remain in the dark about how the DOT’s Office of Aviation Enforcement and Proceedings conducted its review, what the agency found, or whether any sanction was imposed against the airline.  It’s as if the complaints never existed, CAIR attorneys say.

“Our organization has had a long history of dealing with these sort of travel issues, basically since our inception. The problem is, however. . . that there are no real remedies for people,” said Phil Robertson, litigation director at CAIR’s Chicago office.  “It falls into a black hole.”

About all the complainant receives is a form letter acknowledging that their complaint has been filed, Robertson said.

“It sits there for a long, long time,” Robertson said in an interview following a recent incident of alleged bias. “And if you finally get a response, it’s often no response.”

Robertson and other CAIR attorneys believe the federal government is unwilling or unable to be tougher on the airlines. Federal law gives captains and flight crews authority to remove an airline passenger if they have a reasonable belief that the person poses a safety risk, and court rulings have backed them up.

The airline industry, as you might expect, sees things differently. The task of their flight crews is to ensure that people get where they are going safely – which means being highly attuned to risks such as terrorism — while also treating everyone fairly.

“Providing a welcoming travel experience for all of our customers is a high priority for our member passenger airlines, while also meeting their responsibility to operate with the highest level of safety,” said Vaughn Jennings, a spokesman for Airlines for America, an organization that advocates for the industry.

“In rare instances, that sometimes requires the safety professionals onboard the plane to make the difficult decision of removing a passenger due to concerns about the safety of the flight,” Jennings said in an email. “Airline employees rely on their extensive customer service training to safely carry 2.2 million passengers on U.S. airlines every day. Our members do not tolerate discrimination in any form.”

The DOT’s Enforcement Office looks into every allegation of unlawful discrimination it receives, agency spokeswoman Caitlin Harvey said. Each complaint is reviewed by an analyst, tracked in a computerized database, and investigated. The agency has the power to take enforcement action against an airline if evidence shows that the airline’s actions violated federal anti-discrimination laws.

The Enforcement Office pursues enforcement action in cases where multiple complaints suggest a pattern of discrimination or when “particularly egregious conduct” by the airline is borne out by the evidence, Harvey said in an email. She also said that although complaints and their outcomes remain private — except when consent orders have been issued or passengers have also gone to court or taken action in another public forum — they are tallied against the airlines in the department’s publicly available Air Travel Consumer Report.

Between Jan. 1, 2012 and August of this year, the Enforcement Office received 358 discrimination complaints against airlines, excluding those based on a disability, Harvey said. She said the complaints are based on a variety of alleged biases, including race, ethnicity, national origin, age, sex, sexual orientation, religion, and more.

The last time the Enforcement Office entered a consent decree against a U.S. airline for an allegation of discrimination was in May 2012. In that case, Atlantic Southeast Airlines was assessed a $25,000 civil penalty for unlawfully removing two imams from a Delta Connection flight at Memphis International Airport. The consent order found that the airline had not been discriminatory in removing the Muslim religious leaders from the aircraft to conduct secondary screening and search their area. But the order says the airline should not have barred them from re-boarding the aircraft and continuing the flight after airline security and law enforcement officials had determined that the imams posed no threat.

The agency’s most recent Air Travel Consumer Report lists 12 complaints as of August, compared with three the same time last year. It’s not clear how many of those complaints involved the removal of a Muslim from a plane.

But when a Muslim passenger is taken off a flight, the flight crew’s justification often comes apart under closer scrutiny, said Maha Sayed, an attorney in CAIR’s Washington office.  She cited 16 such incidents since early 2015, not all of which have led to complaints being filed with the DOT’s Enforcement Office. Among these incidents:

Sana Hassan, a staff attorney for CAIR Cincinnati who is handling the case of the Muslim couple kicked off the Delta flight in July, said the federal government needs to push for more objective criteria that airlines should consider when making decisions on what constitutes suspicious or threatening behavior.

“The law is written by the airlines,” Hassan said. “They have amazing discretion to treat people any way they see fit.”