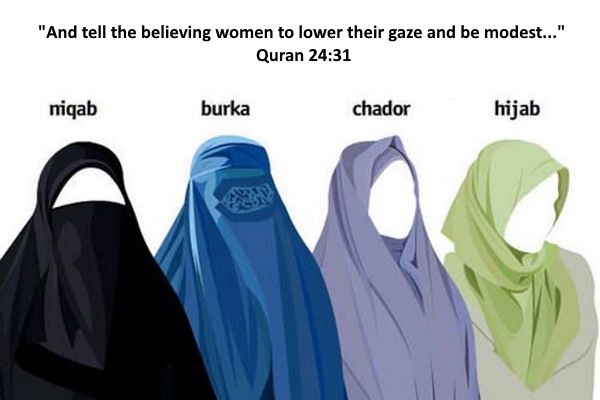 Is the Niqab an Obligation? I asked Mufti Mahmoud Ashraf Usmani, an ocean of knowledge and humility, this question. He answered that in our times, with things as they are, what must be insisted on is that women cover properly, such that they reveal nothing besides their face and hands. This has to be done with loose, heavy clothing that is modest, does not attract attention, and does not imitate the fashions of the unbelievers. This is what we must emphasize.

Beyond this, we know that the niqab was the way of the wives of our Beloved Prophet (Allah bless him, his family, companions and those who love them, and give them peace), and the female companions too.

In the Hanafi school, the face, hands, and feet are not awrah. However, the recorded position since the earliest times is that it is necessary (wajib) to cover the face for other than old women, because of the fitna. It is still possible to implement this ruling in the Muslim world. We see, for example, Shaykh Wahbi Sulayman Ghawji, a major Albanian Hanafi alim of great knowledge, wisdom, and taqwa, who lived a long time in Syria and is an author of countless useful works, authoring numerous works reinforcing the necessity (wujub) of niqab according to the vast majority of the jurists of Islam, and criticizing modernists and some others for saying it is not recommended.

HOWEVER , this is very hard to implement in the West. As such, Mufti Mahmoud’s answer, echoed by many other god-fearing scholars who know about the West, can be safely acted upon. Anyone who can, in his or her circumstances, wear niqab, without fear of harm or trouble, is undoubtedly doing that which is best.

The Role of Men in the Matter

The problem with many men now is that they resemble mice and behave like bears. A Muslim is responsible for his family. Allah has ordered us to save ourselves and our families from the fire whose fuel is people and stones. As such, fathers, or other adult household members, with the mother, have the responsibility of raising children who truly believe and understand their religion. This is something that requires much attention, and is a great responsibility, particularly in the West. Children have to be raised loving Allah and His Messenger (Allah bless him and give him peace), and the way of the Muslims. Such children would not normally question applying the rulings of Islam.

Now, when none of this has been done, the ruling of course remains: it is obligatory for the wife/sister/mother to cover. Her not doing so is an evil (munkar). The other household members are obliged to try to get her to cover, while this is most incumbent on her husband or father. However, it is not as simple as throwing a piece of cloth on the lady’s unprepared head. Sometimes, much groundwork and background work may be needed. A teen who does not know a thing about her religion, why she is a Muslim and let alone why she “has to cover” will not usually react well to a “cease, desist, and cover” order. It may shake their deen out of them.

Wisdom is needed. But wisdom cannot be confused with accepting wrong. We should still hate this disobedience of the command of Allah in our hearts, but figure out the best, most effective way to change things. A good place is ourselves. The reason that Muslim “awakenings” don’t often have much impact on those around is that whose who awaken to religious practice quickly become heedless of themselves and turn to bash everyone else into imaginary Islamic molds.

Had they only worked on themselves, their light would have shown other the way without much need for words.