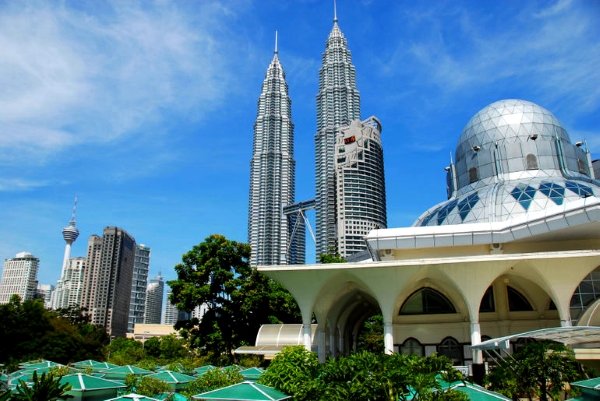 KUALA LUMPUR, Nov 3 — Malaysia is in the final round of its sprint to become a developed nation by 2020. As we are reaching that defining moment, there are more challenges that we will be facing which requires proactive measures by both the government and the private sector.

The halal industry is increasingly becoming an important economic driver in contributing to the nation’s GDP. Across the globe, halal industry is worth more than US$2 trillion (RM8.3 trillion) with the global Muslim population of around 1.6 billion (23 per cent of the total world’s population).

The halal industry is expected to grow in parallel to the growth of the Muslim population. According to a report by Halal Industry Development Corporation (HDC), in year 2030, the global Muslim population will increase to about 27 per cent of the world’s total population which accounts for up to two billion Muslims.

Non-Muslim majority countries like the UK is importing £18 billion (RM92.7 billion) worth of food per annum and the US halal market size is estimated at US$18 billion. China is also preparing itself to become the net importer of halal food and beverages in the next 10 years. Malaysia on the other hand is one of the major exporters of halal F&B and the largest exporter of halal ingredients globally.

Malaysia is perceived as the global leader in halal industry, largely thanks to the country’s proper halal ecosystem that is equipped with comprehensive and proactive policies as well as frameworks to develop the halal industry.

These initiatives highlight the commitment and dedication of the government towards improving and developing the industry. Malaysia is also well-known for its diversities in terms of race, culture, food and ingredients.

Halal in Malaysia is well-regulated by the government with Jabatan Kemajuan Islam Malaysia (Jakim) and HDC spearheading and leading the halal regulatory and industry development. The collaborations among ministries and government agencies are seen as among the key efforts in promoting and uplifting our halal industry to be seen as the leader globally.

The Prime Minister’s Department through its agencies and subsidiaries; Jakim, Agensi Inovasi Malaysia (AIM) and PlaTCOM Ventures, Ministry of International Trade and Industry (MITI) with HDC, SME Corporation Malaysia (SME Corp), MATRADE and MIDA, Ministry of Science, Technology and Innovation (MOSTI), Jabatan Standards Malaysia are among the agencies owned by the government that has an active collaboration and strategic partnership in delivering the government’s agenda in the halal domain.

Under the Halal Industry Master Plan (HIMP), there are several key performance indexes (KPIs) set to be achieved by year 2020. The three (3) main KPIs for HIMP are:

(i) To achieve halal export revenue amounting to RM19 billion;

(ii) To create additional employment in the halal industry totalling to 300,000 employments

(iii) To have 1,600 SMEs listed as active halal exporters

The latest report by MITI in 2016 shows that we are on the right track of achieving the KPIs by 2020; the halal export revenue is forecasted to reach RM42 billion as of 2015, a total of 218,000 jobs have been created and 800 companies (SMEs) were listed as halal exporters to date.

Malaysia’s halal products export in 2015 were forecasted at RM42 billion, as compared to RM38 billion in 2014. China remains the main export market with RM4 billion, followed by Singapore at RM3.4 billion and the US at RM2.4 billion. The exports include halal ingredients, food and beverages, cosmetic and personal care, industrial chemical and palm oil derivatives.

The government is looking for more concrete measures in encouraging the growth of the halal industry and actively enhancing and improving the implementation of its policies, strategies and measures. Monitoring of the initiatives is being done annually and the government is improving in terms of streamlining the initiatives to avoid duplication and overlapping of roles.

In conclusion, Malaysia over the past 40 years has illustrated, implemented and developed a strong policies and measures for the halal industry. By year 2020, Malaysia is targeting to reach the RM100 billion mark for our halal export industry; towards achieving this, collaboration between countries, government agencies, private sectors are crucial and remains one of the key elements of success. As a Malaysian, we should play our part and contribute to this national agenda of not just achieving our Vision 2020, but also to become the global leader in the halal ecosystem.

PlaTCOM Ventures Sdn Bhd is the national technology commercialisation platform of Malaysia and is a wholly-owned subsidiary company of Agensi Inovasi Malaysia formed in collaboration with SME Corporation Malaysia (SMECorp) under one of its six High Impact Programmes (HIPs) in SME Master Plan 2012-2020. Our mission is to turn the creative ideas of our inventors and entrepreneurs into successful products and services that change the world.

With our High Impact Programme 2 (HIP2) end-to-end facilitation programme, we aim to assist and help SMEs to further develop and enhance innovations across various industries to be ready for commercialisation.