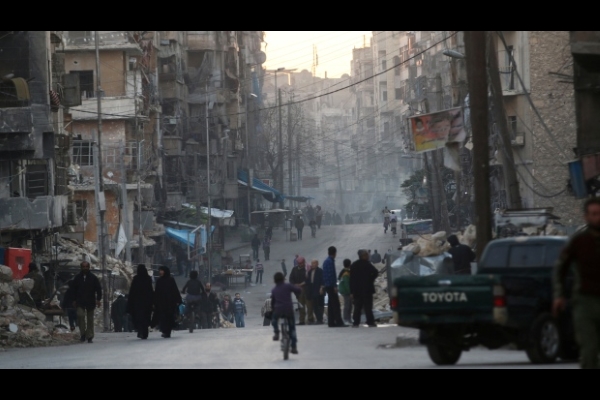 PanARMENIAN.Net – The United Nations cannot use Russia‘s announcement of a unilateral pause in the fighting in Aleppo to send aid into the besieged eastern zone of the city because it does not have the necessary security guarantees, UN spokesman Jens Laerke said on Friday, November 4, Reuters reports.

Jessy Chahine-Mankouche, spokeswoman for UN Syria envoy Staffan de Mistura, said the United Nations was also against the evacuation of civilians unless it was voluntary.

A 10-hour Russian-declared ceasefire for Aleppo began on Friday morning with the goal of encouraging civilians and surrendering rebels to leave.

The humanitarian pause is the second time Russia and its regime ally have declared passages open for evacuations.