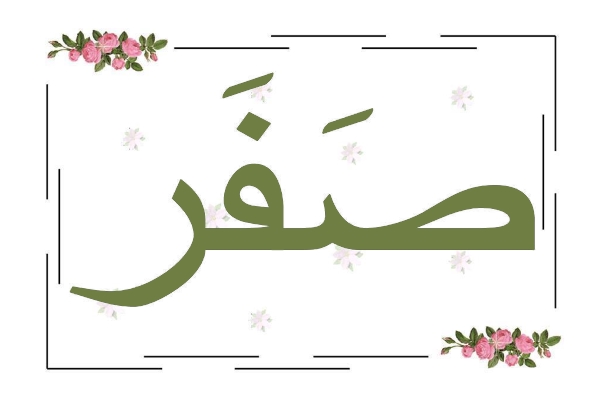 By: Jamiatul Ulama (with editing and rearrangement by MuslimVillage)

All praises to Allah Most High and may His choicest blessings upon our beloved Prophet Muhammad (Allah’s peace be upon him).

We have entered the second month of the lunar calendar, Safar. Sa-far with a “Sawd” either means “To turn yellow” or “To be empty/vacant”. It was in Autumn when the leaves turn yellow or the homes of the Arabs were empty of their menfolk, that this month was named Safar.

This month is also known as, Sa-fa-rul Mu-zaf-far or Sa-fa-rul Khayr, which convey meanings of success, good fortune etc. This is contrary to the corrupt beliefs of some people who say the month of Safar is bad-luck, evil, ill-omened, unfortunate etc., such that marriages, major transactions and the like must not be conducted in this month.

The Messenger of Allah (Allah’s peace be upon him) opposed false and superstitious beliefs. Time, day, week, month, year are all terms or spans that indicate the will of Allah Most High.

If anyone does good at any time, he will be benefit and merit reward from Allah. Likewise, the effects of evil and sins whether in this world or the next will be decided by Allah.

We must remember that our intellects and understanding are limited especially regarding matters of the unseen, therefore we seek divine guidance from the Glorious Quran, and Hadith of the Messenger of Allah (Allah’s peace be upon him).

Thus, based on such facts, senior scholars have explained many things to us, in accordance to the Sharia which we accept and adhere to seeking success in both worlds.

Yet our scholars have not conveyed anything adverse about the month of Safar from the Quran or the Messenger of Allah (Allah’s peace be upon him) because nothing adverse has been authentically transmitted from those sublime sources of guidance and truth.

Nevertheless, there have arisen a host of corrupt and baseless beliefs regarding this month. Sincere Muslims should refrain from them and instead engage in beneficial deeds and the pursuit of the Pleasure of Allah as they should in all months.

As was mentioned, some people erroneously believe that Safar is a month of misfortune and calamities. Among such incorrect beliefs are that:

Yet Allah Most High says in the Qur’an al-Kareem:

Further such baseless superstition is explicitly refuted by the following words from the Messenger of Allah (Allah’s peace be upon him):

He (Allah’s peace be upon him) has also said:

لا عدوى ولا صفر ولا غول
There is no bad omen in the month of Safar and no Ghouls (evil spirits). [Sahih Muslim, Hadith 2222]

Given the facts as we have mentioned them, the following is advisable regarding this month of Safar:

We there ask Allah to protect us in this month and in all others from the misfortunes of ignorance and disobedience and that He increase us in knowledge and keep us firmly upon the Sunnah of His Messenger (Allah’s peace be upon him) until He returns us to Himself.