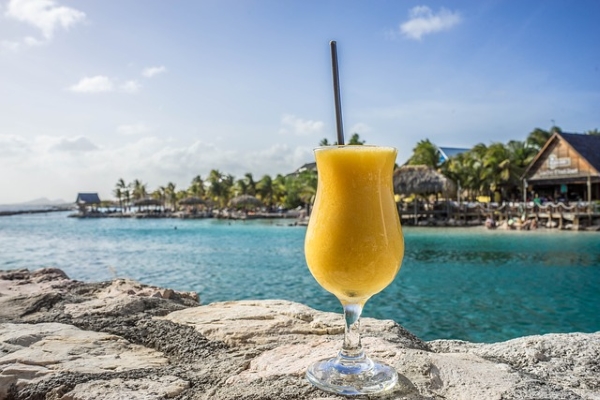 There was once a big ship that landed on an Island. The Captain said to the people: “Dear passengers, we will anchor here for you to gather provision and admire the beauty and we shall move on with our journey in a few hours.”

All the passengers got off to roam around the island and made groups of their own. The “wise” group walked peacefully, collected just enough souvenirs and food for the journey and returned quickly to the ship. Since they were the first ones back, they got the best and comfortable places on the ship.

The second group of “Forgetful” people walked, played and enjoyed their time. They admired the island and almost lost themselves in its beauty. But then they remembered the ship and ran back, without any food and souvenirs. Coming on board, they were tired, and all the best seats were taken, so they had to do with the less comfortable ones.

The third group of “Greedy and Lustful” people got amazed by the wonders of this island. They couldn’t get enough of the island’s enchanting beauty filling up their pockets and bags with as much dazzling stones, jewelry, and ornaments. They were so busy collecting that they almost never heard the call of the captain and hurriedly headed back to the ship, carrying plants, stones and jewelry of all colors and value. However, the heaviness of the treasure they eagerly wanted to bring back slowed their return, and by the time they reached the shore, the ship had already left.

And finally, the “Aimless and Narrow-Minded” group, convinced themselves that the island was all there is and the ship was just something they had imagined. They thus explored the island and built for themselves houses to live in. The ship, of course left them and they perished on the island in a pitiful state eaten up by the wild animals that roamed at night.

Similarly, on our journey to Allah Most High we have landed on this island, called the world (dunya).

The “Wise” group will walk around and collect good deeds, and love and knowledge of Allah. Foremost in their minds will be the remembrance of the Captain calling them back anytime and thus they will spend their time wisely keeping the end in mind. They of course will be handed Paradise (Jannah), the best of it!

The second group of “Forgetful” people will get distracted by the “island” until their last moment. Perhaps they thought they would just repent at the last minute. Those whose hearts were not ruined by their folly do repent and barely get the lowest levels of Paradise. Yet others among them wandered into the third group.

The third group of “Greedy and Lustful” people will be amazed by the “island”, and get attracted by its temporary and fake beauty. They will indulge in desire and food and be dazzled by it. Perhaps, a call will bring them back to realization, but alas, the attraction will be too much to leave behind and they will miss the ship of salvation. Some descend to the fourth group.

And finally, the “Aimless and Narrow- Minded” people will just ignore the journey to Allah Most High and pretend that this world is all there is. They will take their houses as their final homes and their desires as god. Indeed, history has seen many people as such, but no one remembers them. Their fate beyond death is unenviable.

So, my fellow traveler! Let’s not forget. Let us not get dazzled and side-tracked by this island of dunya. Let’s travel light and not be weighed down by all the attachments to things and people. Our ship is leaving very soon, and our Creator Allah Most High is calling us:

“O Man! Thou art labouring unto thy Lord laboriously, and thou shalt encounter Him.” (84:6)