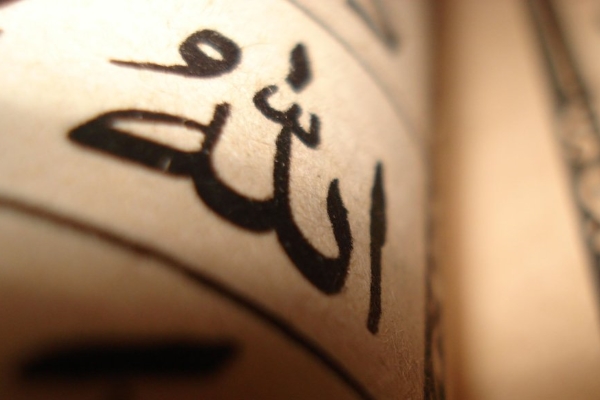 Aphorism #1: From the signs of relying upon the actions – loss of hope in times of failure

Ibn Ata’ Allah may Allah have mercy on him starts off his aphorisms by correcting the Muslims’ belief and creed that they hold in their hearts. Given the nature of how things work in this world, many of us might fall into the trap of believing that it is our actions that will get us into Paradise. If we testify to the oneness of God and recognize the status of Muhammad peace be upon him as His Messenger, pray our five daily prayers, fast the month of Ramadan, pay the yearly Zakah, and perform the Hajj to Mecca if we are able, then many of feel that we will for sure get into Paradise. Not only that, some think that if they start doing extra acts such as fast voluntary days, pray in the middle of the night, do much remembrance of God through various invocations, and be careful not to make any transgressions then they will surely elevate to a higher level in Paradise and be among the most righteous. While this is commendable and has truth to it, if one believes that it is through these actions they will earn their felicity in the Hereafter, a reassessment is in order.

There is a Hadith that has been narrated through many of the collections that will put things into perspective for the believer:

The Prophet Muhammad peace be upon him said, “None of you will enter Heaven by their actions”

The companions responded, “Not even you O’ Messenger of Allah?”

He said, “Not even me, except if Allah encompasses me with His blessing and mercy”

The above narration does NOT mean that we should stop doing our obligations and performing voluntary acts to draw nearer to Allah. What it means is that we should not fall into the trap of thinking that we can use them as some bargaining chip with Allah on the Day of Judgment, because the truth is that nothing we do will suffice to show the proper thanks to Allah for all the blessings He has and continues to shower us with.

There is a story, which relates that an ascetic man took up the life of monkhood and went into the mountains to stay away from people. For 500 years all he did was pray and worship, only ate pomegranate that he could pick, drank only spring water and did not commit a single sin. When he died and his soul was lifted to be judged, Allah said to him, “Enter Heaven by My grace”. The man screamed up and said, “By my actions O’ Lord”. The monk’s assumption here was that 500 years of dedication through all his actions and no sins should grant him the highest reward possible. Allah responded to him by saying, “You want to be judged?” Then He told the angels “make an accounting for him”. The angels deliberated for a while and started by saying, “let us begin with the blessing of his eyesight. What do you all think should be a justified repayment for that?” Their conclusion was, “500 years of worship and dedication with no sin!” At this point the man freaked out and cried, “By your grace O’ Lord, by your grace”.

What Ibn Ata’ Allah may Allah have mercy on him is directing our attention to with this aphorism is to not feel entitled to a reward as a result of our actions. In fact, Allah tells us in the Quran that it was because of Him that we were guided and it is because of Him that we were able to perform those righteous actions. Therefore, our reliance should be solely on Him. This is the state of the Gnostic – the Knower of Allah. The hope we have in Allah is not because we perform our acts of worship. We perform our acts of worship because we were commanded to do them, and we would continue to do them even if there was no Heaven or Hell.

The danger sign indicating that you might be placing your trust in your righteous actions, rather than in Allah who is the reason for your ability to perform those actions, is if you find yourself in a sense of despair when you commit a transgression over the limits that Allah has set. None of us is infallible and we all sin. The question is, when you sin, do you feel like you are at a loss and have despair?

Sin is there to allow you to make tawba – to return back to Allah and seek His mercy and forgiveness. It is there so that you can gain Allah’s love as he tells us in the Quran:

“Verily, Allah loves the ones who constantly repent and purify themselves” – Al Baqara (2:222)

If you go through the Quran and examine the different reasons why people would worship Allah, you will find that there are three types of obedience that Allah talks about. The first type is the obedience of the slaves. This refers to people who worship Allah mainly out of fear of His punishment. The second type of obedience is the obedience of the merchants. This is when one starts keeping track of their deeds and does a balance sheet to account for how many rewards they get for each action. Both these types of obedience speak to the nature of many people. Some need to be afraid in order to perform their obligations, and that is why Allah talks about Hell and punishment in the Quran. Others need a different type of motivation that has more to do with reciprocation, and that is why Allah talks about the rewards that await those who obey.

Since Allah uses these methods of persuasion, we cannot speak ill of those who are persuaded by either one of these methods. However, the highest level of obedience that grants the servant the highest state in the Hereafter is the obedience of lovers. It is to worship Allah because you want to attain His love. It is to worship Allah because you truly believe in your heart that Allah is worthy of being worshipped, irrespective of Heaven or Hell. This is the ultimate following in the footsteps of the Prophet Muhammad peace be upon him who despite knowing that he was infallible and the state that awaits him, still prayed during the night until his feet were swollen. When Lady Aiysha may Allah be pleased with her asked why he prayed so much despite knowing that Allah has forgiven his past and future less than ideal deeds he replied:

“Should I not be a thankful servant?”

This aphorism of Ibn Ata’ Allah may Allah have mercy on his soul is pregnant with meaning. Our actions are not the reason for our salvation. The grace of Allah and His mercy are the reasons for our salvation. We worship because Allah commanded us to do so and He the Most High is worthy of being worshipped. When we sin or fall short of our duties at certain times, we should return back to Allah and seek His forgiveness and mercy even more. Only through having a correct understanding will we attain the highest state in the Hereafter where we would enjoy the greatest blessing to be given – to bask in the glory of gazing towards our Lord and be lost in His infinite majesty and beauty.