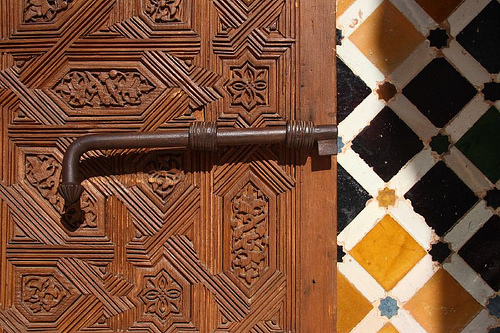 More often than not, local traditions and opinions held for generations cannot be changed in a short amount of time. It requires great amounts of patience, knowledge, tact and wisdom and above all time. Many of us, with youthful vigor and ‘ilmi zeal, sometimes want to change thing overnight and become greatly depressed when it backfires. The account below may prove useful for the more zealous or unrestrained among us whether parents, siblings, spouses, or friends that we may be spiritually enlightened.

The Messenger of Allah (Allah bless him and give him peace) said, “Calmness and patient deliberation is from Allah and haste is from Satan.” (Tirmidhī).

This in an account of the insight and prudence of the Great Imam Abu Hanifa and how his advice is played out by two of his students and the clear consequences of each.

The early biographer and historian Saymari relates that Yusuf ibn Khalid al-Samti came from Basra to Kufa and studied jurisprudence under Imam Abu Hanifa. When it was time to return the Imam advised him: “When you reach Basra you will come upon people who already have their leaders [and scholars] that they follow. Do not be hasty in taking up a pillar [in the mosque] and attracting a class [to yourself there], saying, ‘Abu Hanifa said this and Abu Hanifa said that. If you do this your class will be dispersed [very quickly].”

Samti left for Basra and felt confident to take up a position [as a teacher] by one of the pillars [of the mosque]. Doing this he began to relate from Abu Hanifa. However, he was very quickly forced to leave his teaching. After this, no one took the name of Abu Hanifa until another senior student of the Imam, Zufar ibn al-Hudhayl, returned to Basra. He began by first sitting in the company of the established shaykhs of the city. When the need arose he would provide them with input about additional support and proofs for their opinions. They liked this very much. He would then say, ‘There is another opinion on this issue that is better than this’ and would cite it and provide evidences for it without revealing to them that it was the opinion of Abu Ḥanīfa being cited.

Eventually, these opinions found a place in their hearts and he finally revealed to them that they were the opinion of Imam Abū Hanifa. Their response was now that they were sound opinion and it did not matter who had formulated them. This remained his approach until he had convinced them all of the opinions of Abu Hanifa. He did not live very long and died within either years of the Imam’s death in 158 AH (Akhbar Abu Hanifa wa Ashabuhu p. 104; Al-Madkhal 1:119).