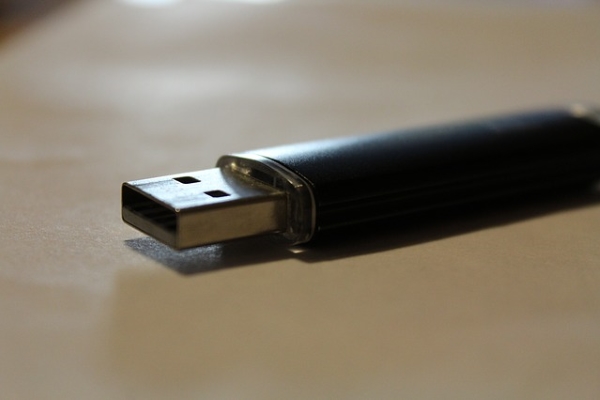 STATE DEPARTMENT – Foreign policy experts and analysts say they are perplexed by a hacked email in which Democratic presidential candidate and former Secretary of State Hillary Clinton appears to accuse the Saudi and Qatari governments of providing logistical and financial support to ISIS extremists.

The accusation is one among thousands of messages that were stolen from the personal email of Clinton campaign chairman John Podesta and released on the Wikileaks website.

The lengthy message is dated Aug. 17, 2014, and comes from the email address “hrod17@clintonemail.com.” It begins with a note saying “Sources include Western intelligence, US intelligence and sources in the region” and comprises a broad policy discussion of how to deal with Middle East terrorism.

It says in part, “We need to use our diplomatic and more traditional intelligence assets to bring pressure on the governments of Qatar and Saudi Arabia, which are providing clandestine financial and logistic support to ISIL and other radical Sunni groups in the region.” ISIL is an acronym used by the U.S. government for ISIS.

Clinton’s presidential campaign did not respond to several attempts and requests by VOA to verify the authenticity of the emails released by WikiLeaks.

While Saudi Arabia and other U.S. allies, or individuals close to their governments, have long been suspected of financing extremist groups in the region, this accusation is more specific than anything uttered publicly by the Obama administration. It also is bewildering to terrorism experts, however, including some in the U.S. intelligence community, who say they never have seen evidence of direct Saudi or Qatari support for ISIS.

“I have myself [during my term] never seen intelligence from the United States government that says the Saudi government, the government, is giving any help of any kind, any material assistance, any financial assistance, to a terrorist group,” former U.S. Ambassador to Syria Robert Ford told VOA on Wednesday.

Ford added, “However, there is a lot of information about Saudi private individuals, including charities, and particular business people, as well as others in the Gulf, private citizens, who have provided help.”

He said that he was not convinced the leaked emails were “genuine,” and that he could not “speculate” on the motivation behind the leak.

Washington has viewed the governments of Saudi Arabia and Qatar as strong partners in the Gulf area for regional security and counterterrorism efforts, and it has argued that terrorist financing comes from wealthy individuals, rather than governments.

“I think we’ve seen over the past 10 years a huge shift in the Saudis’ approach to terrorist financing. And I really do regard them as our number one partner in the Gulf in our efforts against terrorist financing,” Daniel Glaser, assistant treasury secretary for terrorist financing, said last Thursday in a webcast from the Washington Institute for Near East Policy.

In a statement to VOA on Wednesday, the Saudi Embassy said “the Kingdom of Saudi Arabia does not comment on leaked documents. However, any claims that the Saudi government funds Daesh [ISIS] are preposterous and simply defy logic.”

The statement used an alternative name for ISIS terrorist group.

According to the State Department’s annual Country Reports on Terrorism, issued this June, both the Saudi and Qatari governments are members of a regional financial action task force that combats terrorist financing.

A former senior congressional staff member, though, who wished not to be named, argued that a policy review on the Gulf allies would be “appropriate.”

One of the tools that could be used to accomplish this is that Congress could authorize the president through legislation to designate a country as a “Jurisdiction of Terrorism Financing Concern.” That designation triggers a menu of penalties and provides the president with additional leverage to pressure foreign governments that are failing to shut down terrorist financiers and facilitators.

“The Saudis and Qataris know very well the suspicion of their intentions and their actions exists in the U.S.,” Middle East Institute scholar Daniel Serwer told VOA, adding that Washington has yet to “reach any definitive conclusion” about how to stabilize the situation and reduce the level of violence, given a policy that “has not been stupendously successful” in the Middle East.

While expressing concerns about Wikileaks, the State Department declined to comment on the veracity of the leaked documents.

“What I can tell you is that Qatar and Saudi Arabia are members of the counter-ISIL coalition and have been contributing members of that coalition pretty much since its founding,” said spokesman John Kirby in a recent briefing.

Kirby added, “We rely a great deal on their efforts to help us counter terrorism in the region,” particularly the ISIS militants.

In October 2014, Vice President Joe Biden once apologized to regional allies after bluntly expressing concerns about their role in the rise of the ISIS militant group in a speech at Harvard University’s Kennedy School of Government.

“The Saudis, the Emirates, et cetera,” said Biden, “what were they doing? They were so determined to take down [Syrian President Bashar al-]Assad, and essentially have a proxy Sunni-Shia war, what did they do? They poured hundreds of millions of dollars and tens, thousands of tons of weapons into anyone who would fight against Assad — except that the people who were being supplied, [they] were al-Nusra, and al-Qaida, and the extremist elements of jihadis who were coming from other parts of the world.”

These policies ended up helping militants linked to al-Qaida and ultimately IS, according to Biden.

Glaser’s praise for Saudi Arabia as the number one U.S. partner in combating terrorist financing came at a time of serious strain between Washington and Riyadh over other issues.

The U.S. is reviewing its support for the monarchy after the Saudi bombing of civilians at a funeral in Yemen.

Moreover, the U.S. Congress has voted to override President Barack Obama’s veto of a bill that would allow lawsuits against Saudi Arabia for the terrorist attacks of Sept. 11, 2001.