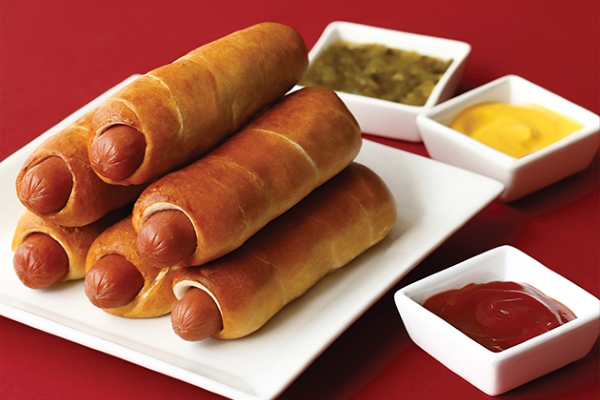 MV Editor’s Note: Some MuslimVillage users complained via our Facebook page concerning the accuracy of this BBC piece that we had initially republished on this issue. Upon review we concluded that there may have been some minor inaccuracies, resulting from confusion after some apparently sweeping initial statements by a Malaysian official that needed to be subsequently corrected (those who speak Malay may check this video). The inaccuracies are not significant enough to be described as a lies or misrepresentations and do not significantly affect the substance of the story. Nevertheless for the sake of integrity and to reflect recent developments we have decided to republish this piece from The Malaysian Online which seems more accurate and up-to-date.

KUALA LUMPUR, Oct 20 — The Islamic Development Department (Jakim) did not reject a pretzel chain’s application for halal status due to the presence of the word “dog” in its menu, said an official today.

Jakim’s halal division director Dr Sirajuddin Suhaimee — who previously told the media that “In Islam, dogs are considered unclean and the name cannot be related to halal certification” — today insisted his remark was in general and not specific to the Auntie Anne’s chain.

He said the chain’s application for halal certification had failed due to reasons such as incomplete paperwork.

“We made a general statement based on the manual and procedure of halal certification application. It is based on that guideline,” he told reporters when met at the Parliament lobby today.

Sirajuddin said his remark was then taken out of context by media reports that were based on a post purportedly by an executive with the Auntie Anne’s chain that noted the department’s concerns over the term “pretzel dogs” in its menu.

The Jakim official also disputed this, saying his check of the application showed that the term “pretzel dogs” was not present.

“We are looking at the audit report based on the findings of the central kitchen. That’s the procedure, but somebody else raised the issue about the product name,” he said when explaining the rejection.

He also said that Jakim officials will meet later today to audit the application for compliance with the department’s procedures.

Sirajuddin did not state, however, whether the word “pretzel dog” would have had any bearing on the application, given his statement.

Media outlets reported Sirajuddin’s remarks about the unsuitability of the term “dogs” this week, along with the department’s guidelines against halal food items being similar in name to haram products such as beer, bacon and ham, among others.

The issue surfaced after an executive with US pretzel chain Auntie Anne’s revealed that their application for halal certification had failed due to, among others, concerns over the “pretzel dogs” in their menu.

The incident is the latest in the growing trend of religious conservatism in Malaysia, the only country in the world that prohibits non-Muslims from using the word “Allah” and other Arabic terms.

Muslim lawmakers from both sides of the political divide have also expressed their disagreement with Jakim’s decision.

Tourism and Culture Minister Datuk Seri Nazri Aziz yesterday criticised the decision as ridiculous, saying it was made by ignoramuses.

Nik Mohamad Abduh Nik Abdul Aziz, an MP from religiously conservative Islamist party PAS, told reporters yesterday that food names should not be turned into an issue as the more important issue should be whether the ingredients were halal.