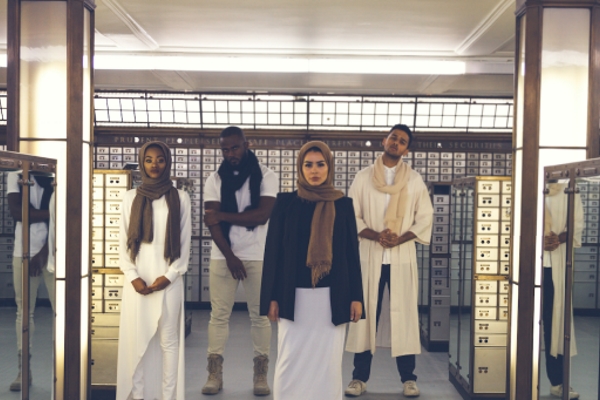 A Muslim blogger has designed a line of inclusive hijabs in an attempt to break the trend for lighter skinned model casting.

According to the Fashion Week Diversity Report, the Spring Summer 2017 shows were some of the most diverse yet with more than 25.4 per cent of the models being non-white, but many – including Habiba Da Silva – believe more should be done.

She is upping the ante with her new line of hijabs, saying she wanted to create clothing for people from all different backgrounds.

She wrote: “[This] was inspired by many things. Firstly for my passion for cultures and traditions, secondly to break up the trend of having brands with clothing dressed on only lighter skinned models. I wanted something for everyone: men, women; from every background.”

Based on the idea of marriage, Da Silva said the clothing is “not necessarily as a bond between a man and a woman” but rather “a bond between people from different backgrounds and cultures”.

The range consists of four nude tone designs, which are named using words relating to marriage in different languages. The darkest color is called “Aure,” the Hausa word for marriage, followed by “Aroosadda,” which is Somali for “bride”; “Rukhasti,” which means “sending off” in Urdu, and the lightest shade “Zaffeh,” which is Arabic for “wedding march”.

The hijabs cost £20 each but are currently out of stock – but the blogger and designer plans to restock soon as well as expand the collection with a wider range of colours.