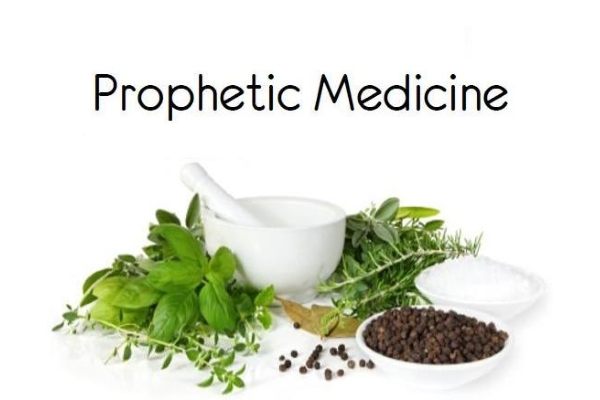 Amazing is our confidence in Modern medicine. Amazing still is how illness can change all that confidence quite quickly. Spending billions of dollars annually on alternative health care in the United States, the sheer number of people becoming disillusioned with the current state of medical care is driving medical institutions to loosen up on their conservative medical ideology.

Johns Hopkins, the Mayo Clinic, MD Anderson, most other leading hospitals, all have begun integrating complementary therapies, even if nothing more than treating with Chinese needles. Acupuncture, like most Eastern therapies, used in a purely Modern medical fashion is limited in benefit compared to its 4000 year old traditional method, but at least Western medicine is recognizing the East can contribute a thing or two. Eastern countries, surprisingly, are doing the exact opposite: As the West proudly presents its newfound respect in ancient therapies, the East shyly brushes its medical traditions under the rug.

If you place health on one side of a spectrum and disease on the other, the focus of traditional medical practices falls on the health side. By contrast, Western medicine focuses on diseases. Influenced by a philosophy purported by the French mathematician Rene Descartes, Western scientists became fixated on the quantifiable, dismissing information that had to do with feeling, experience, or quality. In medicine, this Cartesian worldview leads to treating the body as nothing more than a machine—an instrument that can be reduced, with little relation to the whole, into its individual components.

The same is applied to disease; it is reduced to a measurable and palpable entity in the body. What that means is if you actually feel sick but physical disease is undetectable, then there “really” is no illness—the machine seems fine. At worst you may even here the tactless phrase, “It’s just in your head!” This all stems from an underlying assumption that an absence of disease actually means health; health means more than that to most people. Only because someone is not sick does not mean they are healthy.

Eastern therapies, by contrast, have long purported a holistic view of the body, the mind, and the cosmos in general. Aspects such as feelings and predisposition are intimately connected to the body in this model, and thus taken into consideration for treatment. In this way, health is seen as balance in mind, body, and spirit, providing profound and subtle indicators of disease before it physically manifests. The two paradigms are complementary: Western medicine focuses on disease, Eastern medicine on wellness. Both are essential components of any complete medical system.

Having experienced what the conventional medical system has to offer for most chronic, long-term problems, patients often inevitably seek out the time-tested Eastern medical traditions. Amongst these traditions is that of the Prophet of Islam (Allah bless him and give him peace). Esteemed not just for the divine message that he brought, Muhammad (Allah bless him and give him peace) contributed wisdom to a range of fields; medicine being one of them. This tradition gained prominence as Tibb Al Nabawwi, or the Medicine of the Prophet. Each and every one of his words and actions, meticulously preserved over the centuries, is regarded as divinely-inspired insight for the benefit of humankind—it is why Muslims tenderly call him a mercy to the worlds. Muslims deeply revere their Prophet’s teachings. For Muslims, simply the fact that his medical approach closely correlates with the methods of other Eastern medical traditions proves the laters’ worth.

One commonality between Eastern medical traditions and Prophetic medicine is the concept of holism, a view documented well over 1,000 years ago explaining the value of the mind-body-spirit connection, discussions modern science only seriously began to explore in the past twenty years–and with the utmost scepticism. There are many other similarities the Prophet’s medicine has with the Eastern medical systems as well, such as Chinese Medicine. Both these systems place emphasis on procedures such as cupping, herbal therapy, and dietary modification, with fundamental reliance on prevention, balance, and the psyche.

Unfortunately, these practices are little understood by conventionally trained medical practitioners. Many doctors have attempted to expound on the medical practices of the Prophet; most have fallen short of the mark. For example, cupping while letting blood–also known as hijama–has repeatedly been analyzed through the lens of Modern medicine and “explained”, albeit with good intention, in the context of how the body benefits from controlled blood loss, regardless of whether it is from run-of-the-mill blood donation, hijama, or some other technique.

Though these explanations may shed some interesting peripheral light upon the topic, they completely miss the main therapeutic features of the procedure, relegating a highly specific and sacred practice down to arbitrary blood loss. This is the result of being stuck in a paradigm in which all that matters are proteins and cell counts. But do Muslims honestly believe that the man whose every stir is regarded as divine guidance for humanity would go through the long, drawn-out procedure of receiving hijama at a particular time of the month, on a specific and often hard to reach area of the body if it was the same as making a quick, clean incision in a more readily accessible one?

The intent of this article is not to detail the complex workings of Eastern energetic physiology, but to explain the value of exploring their practices according to their own paradigm. We gain little if we judge their methods in the framework of our own. As long as current medical science continues to dissect these therapies in a reductionistic manner, believing that nothing exists which can’t be seen under a microscope, we will blithely dismiss Eastern models as unscientific or quackery, and our understanding of Prophetic Medicine will remain very limited indeed. It is like being so close to the trees, you never see the forest.

To break free from this restricted viewpoint, the least we could do is attempt to understand the philosophy behind these practices—humbly. Certainly, appreciating the thousands of years of empirical evidence that traditional civilizations before us gathered would also do no harm.

By not complementing Western medicine with the immense wealth that traditional healing methods have to offer, we leave the world at the mercy of a one-sided medical system. And the consequences of this are greater for the Muslims: we possess in our heritage a medical tradition of deep wisdom and richness, as practiced by our Beloved Messenger (Allah bless him and give him peace). By rigidly remaining in the box of Western medicine, we not only lose our legacy of healing, we lose a precious connection with our prophet.