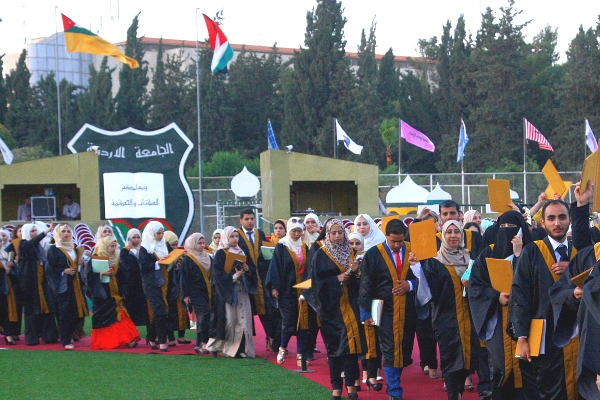 Engineering classes look different in Jordan, Malaysia and Tunisia, and it has nothing to do their lecture slides. Up to 50 per cent of university students studying engineering in these Muslim-majority countries are women, while in Australia that figure sits at closer to 15 per cent.

The same can be said for America where the number of female students is between 15 to 20 per cent, and it’s something Washington State University is trying to improve. Just last month they launched a research project to investigate what Jordan, Malaysia, Tunisia and even Saudi Arabia, are doing to reach gender parity in engineering studies, and how that knowledge can be applied in a Western context.

Are gendered education ideas weighing us down?

“I think it reinforces how deeply the stereotypes around the oppression of Muslim women are believed,” she says.

“Many of these countries and other Eastern nations don’t have the same hang ups about education and the ‘gendered’ association with knowledge. Almost all of my aunts are technical professionals, which often shocks people in the West.”

Ms Abdel-Magied migrated to Australia from her native Sudan as a child, and reflects, “for whatever reason, the perception in Australia is that women can’t be, or shouldn’t be as good at maths, science or engineering.”

“We walk in being deemed incompetent unless proven otherwise. The same doesn’t apply across the world, and we have an opportunity to ask why, and learn from their experiences. Why should it be un-feminine for a woman to be good at maths?”

The stats in Australia don’t look so good

Engineers Australia CEO Stephen Durkin agrees, and tells SBS he believes a decreasing number of women and girls studying maths and science at high school is contributing to the serious under representation of women in engineering.

In the years between 2003 and 2012, Australia’s high school mathematics results dropped the equivalent of half a year of schooling.

“In Australia we’re seeing a huge drop in OECD rankings in mathematics,” Mr Durkin explains, “It’s a big issue for all students but it’s particularly a problem for female students who have much lower participation rates.”

According to data from the Australian Mathematical Science Institute, only 6.7 per cent of female Year 12 students across the country took an advanced mathematics class in 2013, compared to 12.7 per cent of boys.

Mr Durkin compares this to Malaysia, a country which he says “really sees education as underpinning a better future for their country so there is a particular propensity for students to head down the maths/science path than is the reality in Australia.”

Culture has a part to play

Another reason Mr Durkin believes Australia is lagging behind the Muslim-majority countries listed by the WSU has more to do with culture than religion.

“A root cause of the problem in my opinion is that there’s not a really good understanding in Australia of the role of the engineering profession. There are a lot of out-dated views as to what engineers do that doesn’t reflect the exciting career that people can have as engineers,” he says.

Many people still imagine engineers working on a construction site in a hard hat and fluorescent vest, but a large portion of modern engineers are office based and their skill demands innovative thinking, team and leadership skills, creativity, and the ability to embrace new technology.

The same misconception isn’t common elsewhere in the world however, with Mr Durkin explaining, “in Malaysia and the Middle East, engineering underpins the economy.”

“If you go to Doha, the capital of Qatar, everywhere you turn there are engineering works underway. Meanwhile in Malaysia, being an engineer is as highly regarded as being a doctor or lawyer, but in Australia many consider those professions more important or noble than engineering,” he adds.