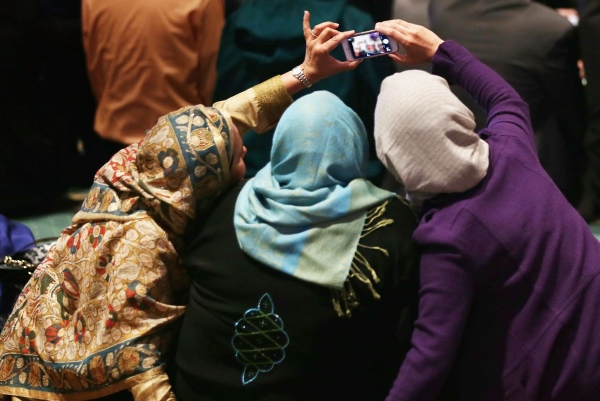 Those were the days we had to depend upon others for taking a single photo, and that too was taken on some special occasions.

As technology advanced, photography got easier. Now we have a number of ways and means to get photos taken. Every single moment is captured in no time.

That technology has enabled a trend that seems to capture much of modern culture: the selfie trend.

For the remaining two or three people out there who may not know, a selfie is a self-portrait photo, usually taken with the front camera of mobile phone held in the hand.

“Selfie” is a word in the dictionary. It is this generation’s preferred mode of self-expression and an almost sure way to draw attention or at least fit in.

In fact, a selfie is not just a normal shot. Some people I personally know, whenever they wear a new dress, a selfie shot is immediately posted on Facebook.

Who does not like to be appreciated or admired? But being obsessive and going to any extent just to get compliments is something abnormal.

When the “likes” and “comments” come in large numbers on our carefully selected selfies, it is certainly satisfying to our inner self-image. That satisfaction is immeasurable and perhaps addictively so.

“More than a million selfies are taken each day”, according to a research by TechInfographics.com.

Of course it’s not surprising that the majority of selfie takers are female. Women are much more concerned with their looks than men are.

However, women and men still both are obsessed with the selfie craze maybe because it can often give them the reassurance that they have other people’s stamp of approval.

Some studies suggest that individuals who frequently post selfies may actually expose themselves to harms like troubled relationships. And by posting their modified selfies, they try to overcome or hide issues like loneliness.

People are even getting surgery just to have the perfect selfie. It might not be long before our obsession with selfies soon evolve from being a vanity issue to a mental health issue.

According to a study published in the journal, “Personality and Individual Differences”, “Narcissism is most commonly associated with vanity…This phenomenon becomes an issue when taking and documenting one’s self portrait becomes a daily routine.”

Researchers also reveal that self-objectification may be a bigger problem for individuals than previously thought.

Apart from, selfie being more than a trend is now becoming a threat to people’s life these days, it is also a cause of death among youngsters.

People who have attempted dangerous acts for having the best and unique selfies and died or injured in the meanwhile are in the age group of 13-30, most statistics reveal.

A psychology professor at the University of Florida warns, people are taking increasing risks just to get an unusual shot of themselves.

Tragically in one extreme case of the disorder, a British teenager Danny Bowman tried to commit suicide because he was unsatisfied with his appearance in the selfies he took.

He was so desperate to attract girls, he spent 10 hours a day taking more than 200 selfies trying to find the perfect image, but his awkward habit, risked his own life.

Likewise, a Polish tourist in Spain fell off a bridge and died attempting to take a distinctive selfie.

Numerous deaths have been caused by distracted photo-takers falling off cliffs, crashing their cars, being hit by trains, and even shooting themselves while posing with guns.

Obviously the best selfie posted, the numerous likes and comments are not going to change the reality of life in anyway.

In fact, by regularly trying to show people online our best, sometimes, takes us towards the fake world of fantasy. And in process of maintaining that fake online status we feel the death of compassion in ourselves. There is a famous online quote: “It has become appallingly obvious that our technology has exceeded our humanity.” It seems like if that wasn’t true in the past it certainly is now.