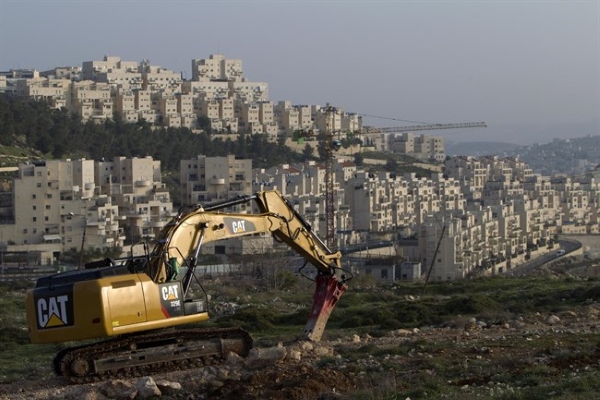 The U.S. has “strongly condemned” Israel for approving plans for new settlement construction in the occupied West Bank, according to BBC News.

The White House and state department said plans for up to 300 new homes and an industrial zone were diminishing prospects for a two-state solution to the Israeli-Palestinian conflict.

Israel insisted fewer than 100 homes had been approved.

Its foreign ministry said the new homes would be built within the area of an existing settlement.

About 570,000 Israelis live in more than 100 settlements built since Israel’s 1967 occupation of the West Bank and East Jerusalem. The settlements are considered illegal under international law, though Israel disputes this.

In July, world powers warned of “perpetual occupation and conflict” between Israelis and Palestinians.

“The actions of the Israeli government in announcing this settlement undermine the pursuit of peace,” said White House spokesman Josh Earnest.

State department spokesman Mark Toner said the new settlement would be “another step towards cementing a reality of perpetual occupation” that would “further call into question Israel’s commitment to achieving a negotiated peace”.

It was “deeply troubling”, Mr Toner said, because Israel had announced it so soon after the U.S. agreed last month to a 10-year $38bn (£30bn) military aid package for the country.

However, Israel’s foreign ministry said the new units did not constitute a “new settlement”.

“This housing will be built on state land in the existing settlement of Shilo and will not change its municipal boundary or geographic footprint,” a statement said.

“The real obstacle to peace is not the settlements – a final-status issue that can and must be resolved in negotiations between the parties – but the persistent Palestinian rejection of a Jewish state in any boundaries,” it added.

Palestinians want an independent state in the West Bank and Gaza with East Jerusalem as its capital, and say settlements make this impossible.