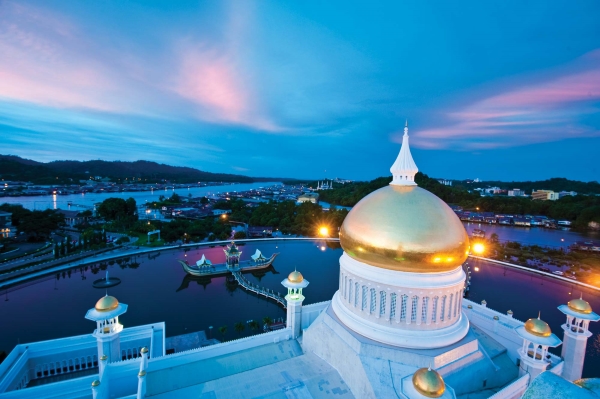 MANY Malaysians believe that after the hudud law was implemented, women in Brunei, including non-Muslims, must be very conservatively dressed.

But we saw that most non-Muslim women there do not put on headscarves and some are sporting shorts and singlets in public.

The Middle-Eastern black burqa for Muslim women is quite rare on the streets of the capital, Bandar Seri Begawan.

A Malaysian working as a gym trainer in Brunei toldSin Chew Daily that movie theatres and bowling alleys are all the entertainment centres available. There are no bars, nightclubs or karaoke lounges.

Nevertheless, not unlike the cinemas in Malaysia, those in Brunei do not require male and female patrons to sit separately, and the lights are not left on during screenings.

Female customers are only attended to by a female hairstylist because the religion prohibits Muslim women from showing their hair to men other than their husbands or family members.

Alcoholic beverages are not sold anywhere in Brunei. But non-Muslims are permitted to bring into the country from overseas, not more than two one-litre bottles of liquor or 12 cans of beer at a time.

A local insider told this news outlet that some hotels in town have bars on their top floors and run the business secretly.

In the streets and malls of Brunei, it is not impossible to see some cross-dressers, attesting to the fact that the law (not more than B$1,000/RM3,000 fine or three-month imprisonment or both for cross-dressing in public) is not strictly enforced.

To be honest, the Bruneian government is not much more “sensitive” than Kelantan’s PAS government in Malaysia which wants to implement hudud.

As such, might some have good reason to worry that were Malaysia to follow in the footsteps of Brunei one day that the hudud would be enforced more strictly?

As a matter of fact, the people in Brunei do not feel too strongly about hudud and many have no idea to which stage it is practiced there.

From what can be seen, theft and robbery cases are still dealt with the “old way” and amputation is not yet enforced against such offenders.

According to local residents, hudud implementation is meant to impose some restrictions on the day-to-day lives of local Muslims, not to cruelly punish the people.

That probably explains why amputation has not been enforced on thieves.

“It’s not that easy to implement it,” said one local. ­